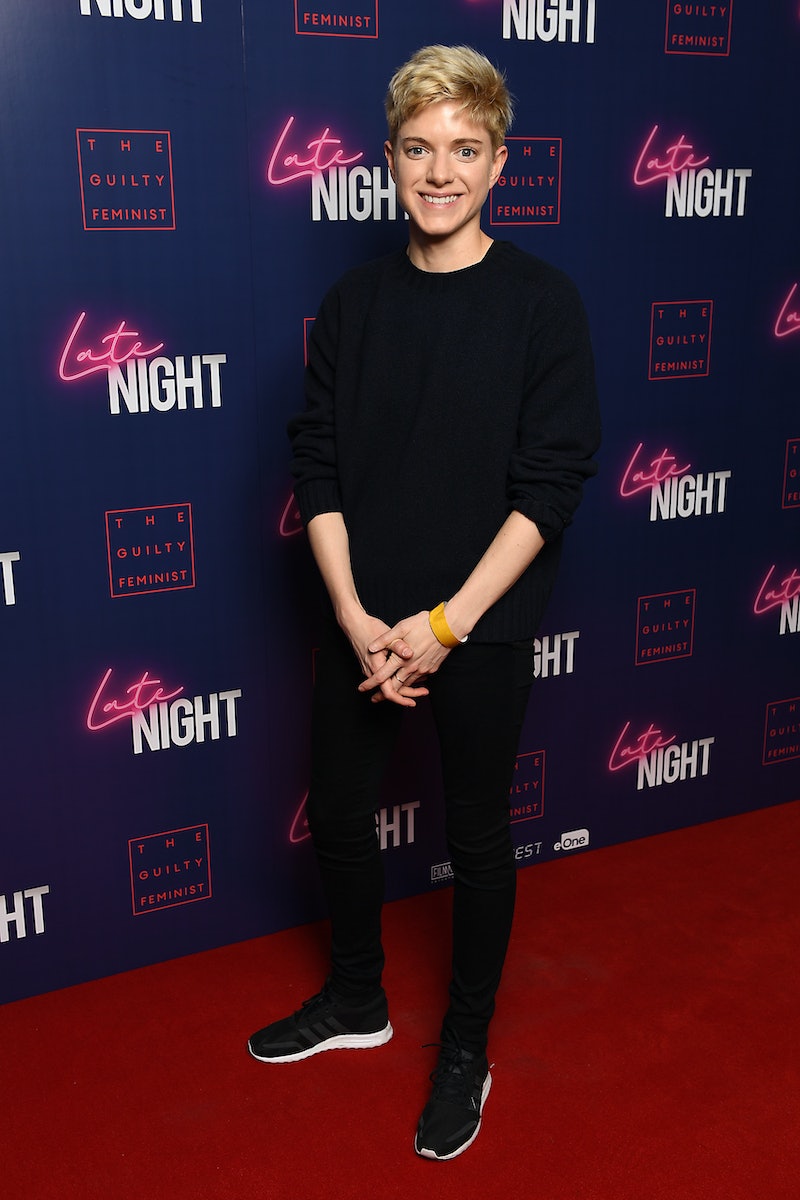 Netflix's aptly named new dramedy, Feel Good, follows a London comedian named Mae as she works on her stand-up, attends Narcotics Anonymous meetings, and navigates a new relationship with George, a woman who's never been in a same-gender relationship. The show is loosely based on creator and star Mae Martin's life and stand-up career; in particular, her 2019 special Dope, in which she humorously explores her sexuality and past substance misuse.

Per The Guardian, Martin left school at 14 to pursue stand-up comedy full-time. By 16, she had substance use disorder and was kicked out by her parents; by 31, she had successfully gone through rehab. Dope openly chronicles those experiences. "It is true that I've never just liked things in my life. I've always loved things, usually one thing at a time, to the exclusion of all other things," Martin says in the special, which was released as part of Netflix's Comedians of the World.

As Martin told Vice, Feel Good came out of Channel 4 asking her to turn Dope into a narrative story, and bits of her stand-up material are featured throughout the series. She often uses her sets to talk about the complicated relationship she has with her parents. "They're so worried about me being overseas," she told audiences during a BBC performance. "Like, they're just worried about me being alive on this earth in general."

Relationships and queerness are also featured heavily in Martin's stand-up. Her 2017 special Us centered around biphobia, while she joked at the 2017 Melbourne International Comedy Festival that though she thinks Justin Trudeau looks like a Disney Prince she wants to sleep with, "None of my friends believe me, because I guess I look like a member of One Direction."

Martin's past drug misuse is a large theme throughout her material as well, particularly because drugs have a continued presence within the comedy industry. During a Comedy Central UK set, she joked that seeing cocaine at parties is like running into your ex "who took everything" from you. But Martin has been clean for over a decade, and has since replaced drugs with "love and relationships ... I'm mixing it up," she quipped in Dope.

Feel Good captures the younger Mae of Martin's stand-up routines: naive but optimistic that romance can "cure" her. The show is at its core a love story about the burgeoning relationship between Mae and George, and how the two navigate both Mae's past substance misuse and George's present hesitations about dating a woman. As Martin told Vice, "Love is the most universal and relatable thing in the world ... I'm a real romantic, big time." She's also very funny.