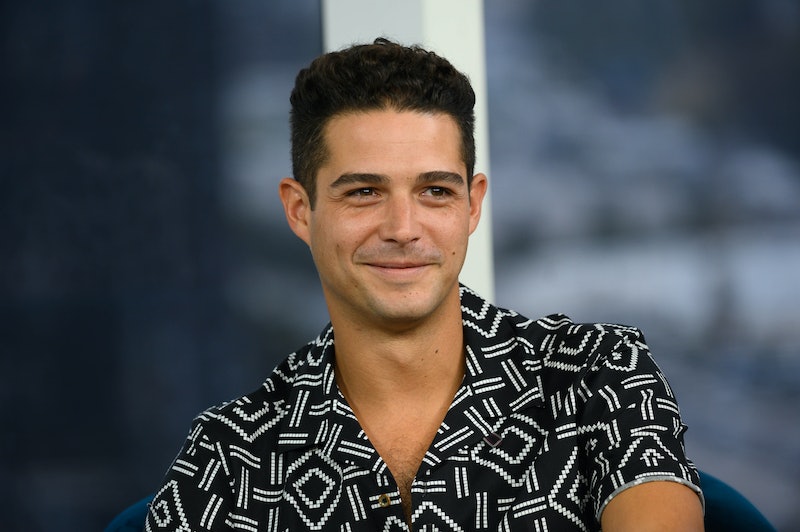 Bachelor Nation’s resident bartender Wells Adams wants Peter Weber to join Bachelor in Paradise. While new seasons of BiP are in limbo due to the global health crisis, Wells still has some interesting ideas for the reality series that reunites past Bachelor and Bachelorette fan-favorites for another shot at love. In an interview with Us Weekly on May 1, Wells said he’s “pushing big time” for Peter to join BiP — even if it comes at the expense of the pilot’s relationship with Bachelor alum Kelley Flanagan.

“I’m all for Peter in Paradise, that is what I’m pushing big time,” Wells told Us Weekly. He then addressed Peter’s relationship with Kelley and said, “Listen, if that’s true, great! If not, great. But like, what if they break up between now and then, and then they both come to Paradise!”

Kelley and Peter have been linked since late April. After weeks of romance speculation, a source confirmed to Us Weekly that the two are “fully dating” but “aren’t admitting it to people.” The unforeseen coupling — Kelley was initially eliminated from Peter’s cycle before the hometown dates — comes about a month after Peter and Madison Prewett announced their split after a contentious finale.

In the finale, Peter received backlash after he proposed to Hannah Ann Sluss only after Madison broke things off with him. Wells, an alum of JoJo Fletcher’s Season 12 cycle of Bachelorette, told Us Weekly that he could empathize with the pilot and the criticisms he faced. “Here’s the thing though and everyone forgets this: the show isn’t about the lead,” Wells said. “The show is about all the women there for the lead or all the men there for the lead. Unfortunately, the spotlight gets put on Peter and he’s a super nice guy and I’m sure he meant well and it just didn’t go well for him.”

While Wells may be weighing the possibilities of a Peter and Kelley breakup for the sake of BiP appearances, the same can’t be said for other Bachelor figures. Peter’s mom Barbara, who emerged as a bit of a TV villain after she implored her son to choose Hannah Ann over Madison, appears to be a fan of the coupling. On Instagram on May 2, she shared montage photos of Peter and Kelley and captioned it “Serendipity” with red heart emojis.

Peter and Kelley on BiP, post-break up? Not if Barb can help it.

More like this
Hannah Ann Got Engaged 3 Years After 'The Bachelor' & The Proposal Was Dreamy
By Grace Wehniainen
Zach Reveals The Chaotic 30 Minutes That Were Cut From ‘The Bachelor’ Premiere
By Grace Wehniainen
Rachel Responded To 'Bachelor' Fan Theories About Her TikTok With Clayton
By Grace Wehniainen
Kaitlyn Bristowe Said Chris Harrison Ignored Her After Her 'Bachelorette' Hosting Gig
By Grace Wehniainen
Get Even More From Bustle — Sign Up For The Newsletter
From hair trends to relationship advice, our daily newsletter has everything you need to sound like a person who’s on TikTok, even if you aren’t.