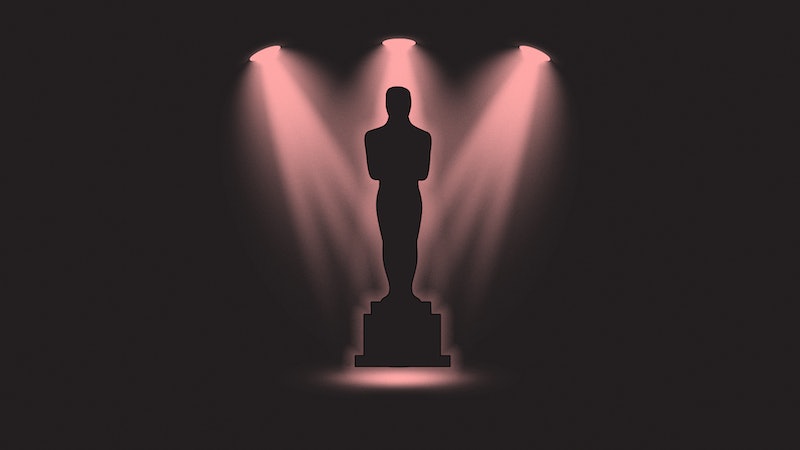 For our 2019 Awards Season Issue, Bustle published a cover story with The Marvelous Mrs. Maisel star Rachel Brosnahan titled "Rachel Brosnahan Is Standing On The Shoulders Of Giants." I found the headline inspiring because for Brosnahan, those giants were the many women in her life who got her to where she is today. They were family members, like her grandmother, June; they were business partners, like her former manager, Carole; and they were current bosses, like Maisel creator Amy Sherman-Palladino.

While my Amy, June, and Carole are Patty, Julie, and Margaret, Brosnahan's words made me realize that we all have giants in our lives. Women help each other achieve greatness. From my giants, I learned what it means to truly enjoy the work I do, how to lead others, and why you should avoid any guy that tells you he's reading Infinite Jest. I don't remind myself to be grateful for my giants enough, despite how much they impact everything I do each day.

That's why this awards season, Bustle is making a pledge that puts these impactful women front and center. In 2018, we pledged to #AcknowledgeHerMore by mentioning a woman who worked behind-the-scenes of every industry project we covered. Last year, we asked Hollywood women and nonbinary folks for the one pledge they've made to themselves in their careers. Now, as we head into a new decade, we're celebrating and honoring influential women by asking every person we speak to: who is one Hollywood woman that has helped in your life and career, and who is one Hollywood woman we should all be paying more attention to?

Those names will be collected throughout awards season as Bustle speaks to inspiring and influential women throughout the industry. On Feb. 10, the day after the Oscars, all of the responses will be published, so check back here then to see who women like Mindy Kaling and Laura Dern name as their very own giants.

More like this
"Lavender Haze" Star Laith Ashley Breaks Down Filming With Taylor Swift
By Jake Viswanath
24 History-Making Black Women You Probably Didn't Learn About In School
By Ayana Lage and JR Thorpe
25 Inspiring Quotes From Black Women To Celebrate Black History Month
By Kyli Rodriguez-Cayro and JR Thorpe
Ozzie’s Coming Out Scene With Kitty On 'That ’90s Show' Has Twitter Sobbing
By Brad Witter
Get Even More From Bustle — Sign Up For The Newsletter
From hair trends to relationship advice, our daily newsletter has everything you need to sound like a person who’s on TikTok, even if you aren’t.