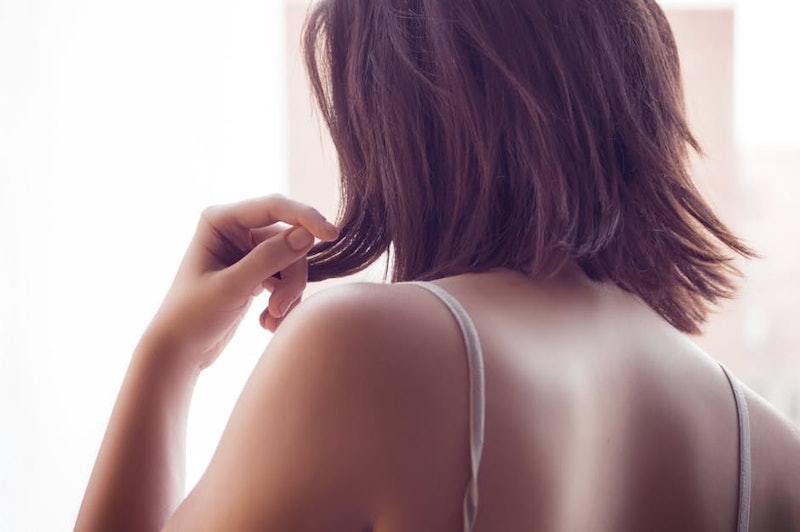 It felt like the first weeks of Trump's presidency were just an endless assault on women's rights. In fact, it was so overwhelming that it was easy to feel saturated with bad news — like you couldn't absorb any new information. But there's still really, really worrying stuff happening that we need to be attention to, with some conservator legislators doing their best to limit and endanger our reproductive rights. And that latest onslaught is abortion reversal bills — which would require abortion providers to give women who are having medical abortions information that they have the option to 'reverse it'. And there's not proof of "reversals" working.

If you, like me, said "WTF" as soon as you heard the term "abortion reversal" then I'm not surprised— you probably have never heard of it before in your life. It's only for medical abortions (rather than surgical abortions), which is when you take two pills to release the embryo and then open the cervix, causing contractions to push out the pregnancy. But abortion reverse bills are requiring that abortion providers explain to women that they can use a treatment involving progesterone to reverse the process if the woman changes her mind. And it's worrying.

"The 'reversal' idea is just an unproven hypothesis — and one that needs to be tested before the government encourages women to try it."

Why? Because I totally think that every woman should have the right to control her body, but only if it's safe and tested. And what they're suggesting isn't. It's basically an untested hypothesis, rather than something that a legislators should even be suggesting to women — let alone forcing them down their throats. "It's not a completely insane idea," Dr. Daniel Grossman, an abortion provider, researcher, and director of Advancing New Standards in Reproductive Health (ANSIRH) tells Bustle. "Mifepristone blocks the progesterone receptor, so it may be possible to overcome the effect of the drug by flooding the body with progesterone. But there are several reasons why it may not work, including the fact that mifepristone bonds more tightly to the receptor than progesterone does."

Wait, so not only are some states starting to require women are informed about the, let's face it, rather traumatic idea of reversing an abortion, it only might work? Yup. "The 'reversal' idea is just an unproven hypothesis — and one that needs to be tested before the government encourages women to try it." Damn. And yet Arkansas and South Dakota have already passed these laws, and they are being considered in Colorado, Indiana, North Carolina, and Utah. Just another conservative attempt to limit abortion access. Which made me wonder — is it even safe?

"Progesterone is used in pregnancy and is considered safe — but it's never been tested at these doses used for such a long period during pregnancy," Grossman says. "So we don't really know what the risks are. In the doses that are usually used in pregnancy after in vitro fertilization or for preterm birth prevention, the main risks are swelling or abscess at the injection site or allergic reaction." Great.

Oh, and did I mention that wanting to change your mind during a medical abortion is really, really rare — as in, between 2000 and 2012, less than 0.004 of women taking one of the drugs used, mifepristone, changed their minds. And yet, despite it being something that almost nobody wants and is untested— the government is requiring that women be told about it as an option.

I know that there's a lot of news. A lot of news. But it's so important to keep your eye on what's happening. Stay strong, stay informed, and see what you can do to fight back.

More like this
The 19 Best Tweets & Memes About Bisexual Awareness Week
By Lexi Inks
Are Quality Time & Gift-Receiving Love Languages Compatible?
By Lexi Inks
How To Politely Reject Someone Who Keeps Asking You Out
By Laken Howard and Lexi Inks
Breeding Kinks Have Been On The Rise Since Roe V. Wade Got Overturned
By Lexi Inks
Get Even More From Bustle — Sign Up For The Newsletter