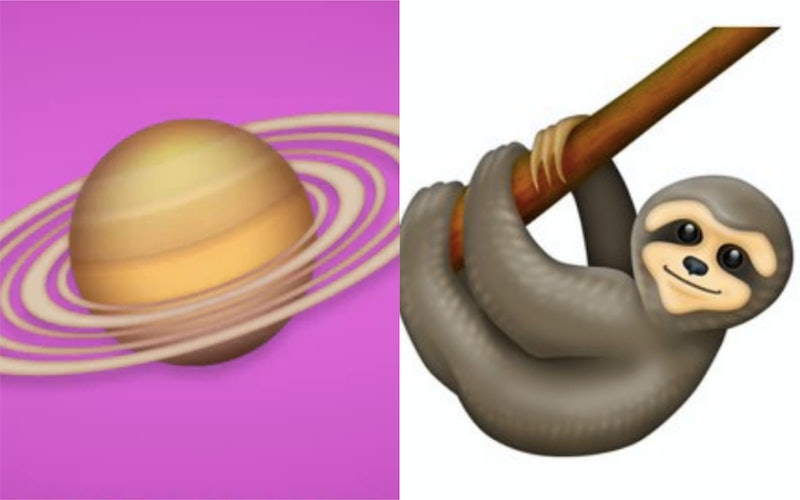 It’s that time again: The Unicode Consortium has officially released the Emoji 12.0 set — meaning that 230 new emoji have arrived for 2019. Should various platforms decide to implement these new emoji (and, let’s face it, they probably will), we can expect to see many of them arriving on our emoji keyboard before the year is out. Your text messages just got a whole lot more exciting.

Unicode made the announcement on Tuesday in a blog post, stating all the data and documentation required for implementation of the Emoji 12.0 set had been released. The new set includes 59 brand-new emoji, as well as 171 variants for gender and skin tone — meaning that, overall, 230 new emoji could be coming our way soon.

There are plenty of notable additions included in all those new little characters, too. For example, in 2018, Apple proposed a series of emoji representing people with disabilities; those emoji have now been approved as part of the Emoji 12.0 set. There are also more gender-inclusive emoji, including gender-neutral options, all of which are compatible with the skin tone modifiers that were released several years ago.

Emojipedia — wonderful resource that it is — has created a video featuring mockups of what we might be able to expect all 230 new emoji to look like. Check it out here:

Now, the thing with emoji is that Unicode controls what's included in the Unicode Standard emoji set — but individual platforms are responsible for implanting each character themselves. That means that A) although the full set has been approved for implementation, not all platforms will necessarily implement them at the same time, if at all, and B) the emoji look different from platform to platform. Emojipedia typically mocks up its sample emoji designs in Apple’s style, so that’s what you’ll see here — but note that, if and when the various platforms implement the new emoji, they won’t necessarily look like they do here. (Heck, even Apple’s final designs won’t look like Emojipedia’s Apple-esque images.) So, y’know, just… keep that in mind.

For the curious, here are 10 of Emoji 12.0’s standout additions: