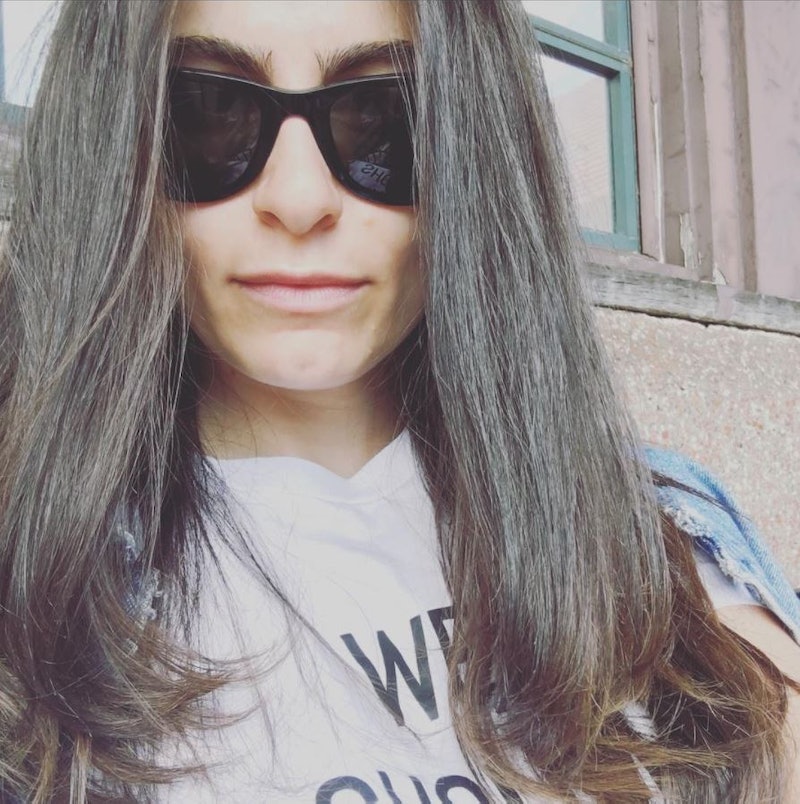 No roller coaster ride could ever prepare you for the roller coaster ride that is an off-and-off relationship. The emotional highs and very low lows could make even the sanest and and most logical person feel like they’re losing their mind. Why would anyone put themselves through the instability that the on-and off relationship readily invites? The answer is not that simple, but it involves being completely blinded by love, to the point where you're unable to see any warning signs or any red flags. It's incredibly hard to simply let go.

I, personally, went into my relationship with love and with the best of intentions. It's not that I didn't or don't have respect for myself; it's not about that, it's that love is complicated and the comfort and exhilaration that loving feeling emits is unmatched by anything else I've ever experienced. Seriously, who would want to give that feeling up, even with the heartache that it brings with it? I mean, isn't that, to some degree, part and parcel to this dirty and messy thing called love?

No one goes into a relationship thinking that it's going to emotionally unhinge them. Nor does anyone go into a relationship thinking it's going to be one that is on-and-off. The high when you're together is exhilarating, but when it all falls apart you're left to pick up the shattered pieces through the tears that won't stop flowing. It's not healthy. It takes a lot of courage and the ignoring of any and all thought and feeling to jump off this ride.

Despite all of this, it's somewhat comforting to know that I am not alone in experiencing this whirlwind. According to a 2009 study published in Personal Relationships, it's estimated that over 60 percent of people have at one time experienced the typical trajectory that is commonly associated with an on-and-off relationship. According to the study, on-and-off relationships are characterized as relationships that take on a cyclical form or pattern, which includes a making up, then breaking up, and then making up again. This leaves you both running around in circles chasing each other. Hurt feelings, stress, passion, and loss are all part of this established routine. The on-and-off relationship can be thought of as a sort of addiction, where you're unable to rid yourself of a relationship that hurts so good.

"A couple can get clearer about why they broke up, work at those reasons, and get stronger and healthier for it," Dr. Martha Tara Lee, D.H.S. Clinical Sexologist of Eros Coaching, tells Bustle. "They have had the experience of feeling into being a couple, and also as an individual without their partner. As such, they are more likely to be realistic about their relationship, and their expectations from it."

On the other hand, they can just simply be bad for not only your mental health, but you may get yourself caught in a cycle that's tough to get out of. "A couple who have a persistent on-off relationship might be caught in such a cycle because they actually do not know have the skills to make the relationship better after each breakup," Dr. Lee says. "There could be fundamental issues or what can be considered dealbreakers that cannot be resolved — their inability to manage their temper; their unwillingness to change or compromise; religion; finances. There might also be a mismatch in relationship expectations which cannot be resolved from more than "giving it time."