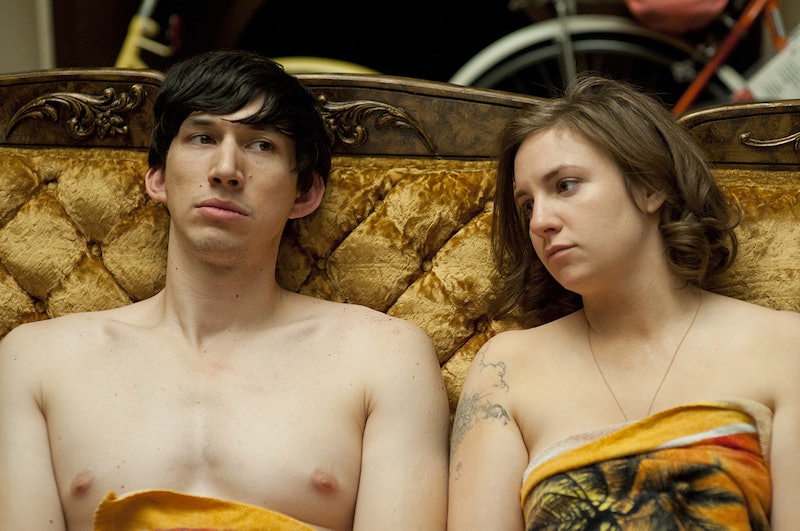 When you have invested years of your life in a person, it can be really easy to overlook or excuse their behavior (even if it makes you miserable) because it will be difficult to move out, because you're afraid of having to find a new social circle, because your family will be disappointed, or just because you don't want to go through the devastating heartbreak of a split. And obviously, it's important to be honest with your partner about how their behavior makes you feel, and typically give them a chance to correct it before ending things.

But there are certain behaviors that are pretty much always unacceptable in romantic relationships, and if they don't improve even after you and your partner try to talk things through, then it's safe to say they're probably never going to.

Ultimately, even if something is considered "normal" behavior in a long-term relationship, that doesn't mean it has to be normal in yours — you get to decide what works and what doesn't for you two as a couple. But if you're holding off on a breakup because you're unsure about what's "normal" in a long-term relationship and worried that your standards of how you should be treated are "too high," just know there are at least 10 things you should never have to put up with at all if they make you unhappy — and you shouldn't hold off on calling your partner out about them just because you've been together for a while.

Yes, we all tell the occasional white lie to our partners and others — but lying habitually is bad for any relationship. And I'm not just talking about your partner lying to you, either. If you catch your partner frequently lying to other people (like their boss, friends and/or family), that's just as much a cause for concern as catching them lying to you. Frequent lying is a habit, and it's also a symptom of a much deeper problem. Habitual liars are usually deflecting responsibility for their own actions when they lie, telling you whatever you want to hear just to get what they want. This is not normal in a long-term (or short-term) relationship.

Some couples have open relationships; this item isn't about them. Some monogamous couples can work through the pain caused by cheating and infidelity and come out happier and stronger than ever; if you or your partner cheats, and you decide you want to work through things, that's great. But whether it's emotional or physical cheating, know that you are in no way obligated to put up with cheating just because you've been with your partner for a long time — even if it was an isolated incident. I understand that there are lots of reasons people cheat, and If you want to give your partner another chance, that's between the two of you. But cheating doesn't "just happen" and it's not "normal" or "a thing that happens to all couples."

Emotional abuse is not normal in any relationship — long-term, short-term, or otherwise. If you've noticed your partner trying to control you, put you down, or otherwise make you feel bad, that's not just someone blowing off steam, or how "all relationships get" over time — that's emotional abuse. If they threaten to break up with you frequently, threaten to kill themselves if you ever leave, or blame you for their problems, you should know that that's emotionally abusive, too. It's wrong for your partner to treat you this way, no matter how long the two of you have been together.

In long-term relationships, it's normal and healthy to help one another out. If you're already out and your partner texts you, "Can you pick up my prescription from the pharmacy?" that's OK. If you get back from running errands and your partner has washed a load of your dirty clothes, that's great, too. But what's not so great is when your partner leaves their messes for you to clean up or constantly blows off their job because they know you'll foot the grocery bill if you have to.

It's not normal for one member of the relationship to be shouldering the majority of the chores, expenses, and responsibilities. Every couple divides household responsibilities up according to each partner's strengths and abilities, but if you find yourself doing pretty much everything, well, that's not healthy, fair, or normal behavior — and you shouldn't put up with it.

I'm sure even couples in healthy long-term relationships have their off nights. But if you're experiencing chronic bad sex with your partner because they're too selfish and lazy to care about your pleasure, don't think of this as normal. Just because you guys have been with each other for a while now doesn't mean your partner should just stop caring about whether sex is fun, comfortable and enjoyable for you. If your pleasure means so little to them, you need to get out of there. Because being selfish in bed is far from okay, and there are people out there who will actually enjoy taking the time to make you feel good.

You and your partner should definitely discuss your feelings on marriage and kids at some point in your relationship. It's a very normal discussion to have, and if your feelings don't match up, it helps to know sooner rather than later. But while it's healthy to have a discussion, it's unhealthy to deliver an ultimatum — i.e. "Propose/get pregnant by this date or it is over." It is never normal for your partner to put a deadline on how long it should take you to feel ready for marriage, and they should really never try to put a deadline on your uterus — I don't care how long you've been dating, that's not normal, and it's also pretty uncool.

7. Refusing To Discuss The Tough Stuff

Communication is very important in a long-term relationship — you two won't last without it. So if your partner shuts down anytime you try to discuss something difficult that's been bothering you, no matter how gently you broach the subject, know that that's not how "most" couples handle tough issues. Shutting down discussions about difficult topics isn't just a bad strategy for maintaining a healthy relationship — it shows an obvious disregard for your feelings.

All couples get mad sometimes — and the longer you're with someone, the more comfortable you're going to become with being honest about when you're pissed off. But focusing irrational anger on your partner isn't normal, whether you've been together five days or five years. It's not safe, either. Even if your partner's anger is mostly directed at other people instead of you, it's still not a healthy building block for a long-term relationship. You shouldn't have to put up with unreasonable anger in a long-term relationship, no matter who it's directed at. Even in the best case scenario, you'll be consistently stressed out, and you'll feel like you have to walk on egg shells around your partner.

9. Not Supporting Your Ambitions

Couples in long-term relationships are supposed to be part of the same team. You should never put up with someone who doesn't support your dreams and ambitions, whether they actively discourage you from pursuing your goals or just don't show any interest in celebrating your success. Partners in long-term relationships should have even more reason to be invested in each other's success and happiness that partners who've just gotten together; after all, you share a life together. Don't put up with someone who doesn't have your back.

10. Rudeness Toward Your Friends & Family

There may be times when your friends and family push your partner's buttons a little too hard and they snap because of it. Dealing with that is not fun, but it is just part of being human. However, if your partner is always being a moody, grumpy jerk around your peeps, don't think that this is normal or excusable just because they've been hanging around for a few years. A long-term partner should realize that your family and friends are important to you, and treat them as such.