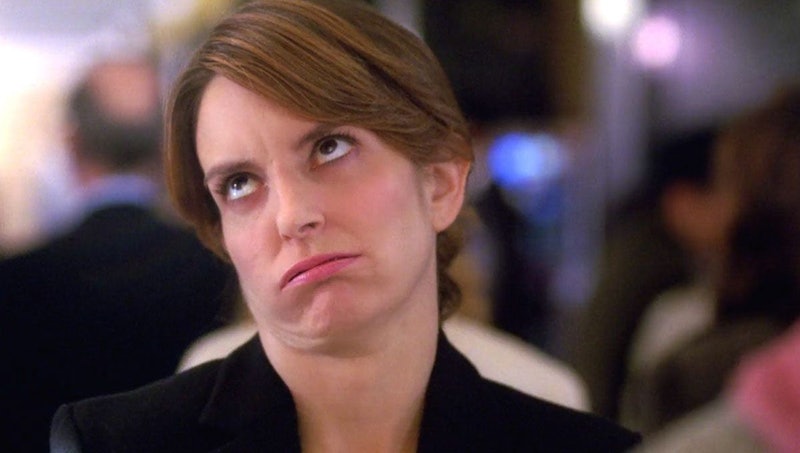 We've all experienced feeling hangry at least once in our lives. You go too long without a snack, your coworker makes a cliché joke about how you need to eat a sandwich (LOLSOFUNNY), you finish off a bag of mini pretzels, and you thankfully stop feeling the urge to scream into a trash can. Up until now, we assumed it was simply the drop in blood sugar that had hunger making you feel irritable — but according to new research, the cause of being hangry is a lot more complex.

The study is called, "Feeling Hangry? When Hunger is Conceptualized as Emotion," and it was published in the journal Emotion. In this study, authors Jennifer MacCormack and Kristen Lindquist made an interesting discovery: two factors determine if your hunger will translate into anger — context and emotional self-awareness.

In other words, hunger does not create irritability. Rather, a specific context and type of self-awareness mean a hungry person might be prone to becoming more irritable.

In the first part of the study, the researchers wanted to determine how they could affect a person's level of hanger by manipulating the tone of the environment — what they refer to as "context."

They showed online participants images that were meant to encourage positive, neutral, or negative feelings. Next, the participants were shown an ambiguous image and asked to rate in on a seven-point scale, from pleasant to unpleasant. Participants were also required to share how hungry they felt at the moment.

Here's what they found. The hungrier a participant was, the likelier they were to rate the ambiguous picture as negative — but only if they were shown a negative image first, says the study. When it came to the neutral and positive images, however? There was no such relationship.

Only participants already in a somewhat negative state of mind more often rated the ambiguous picture as negative — meaning it wasn't just hunger that determined the level of negativity.

Context isn't the only factor that might help determine your level of hanger. Emotional self-awareness is the second.

In the second part of the experiment, researchers told participants to either eat or fast prior to the study.

Next, some of the students were required to do a writing exercise that helped them focus on their emotions. Lastly, all participants had to do a computer exercise specifically designed to bring up negative emotions: the computer crashed just before they finished, and then a researcher blamed them for it.

The researchers found when participants didn't do the writing exercise to focus on their emotions, they felt more stressed and hateful, and also viewed the researcher as more harsh. Participants who did think about their emotions didn't not experience a negative shift in their feelings.

Thus, when you're feeling hungry, taking a moment to check in with yourself and consider your emotions could help fend off feelings of hanger.

And, if all else fails, go eat a sandwich.

While this research focused solely on the feelings of hunger and negative emotions, the study notes these findings might extend to other states and conditions, like fatigue and inflammation. Feeling cranky when tired is something many of us can relate to. When I'm pooped, I definitely get grumpy. But! Am I grumpy because I'm tired, or because I was already in a negative state of mind and not paying enough attention to my emotions?

MacCormack and Lindquist's findings are an interesting reminder that we have more control over ourselves than we think we do. When we're starting to hit that midday slump and everything and everyone is annoying us, feeling better could be as simple as stopping to acknowledge your emotions and surroundings.

But seriously, have a snack, too.