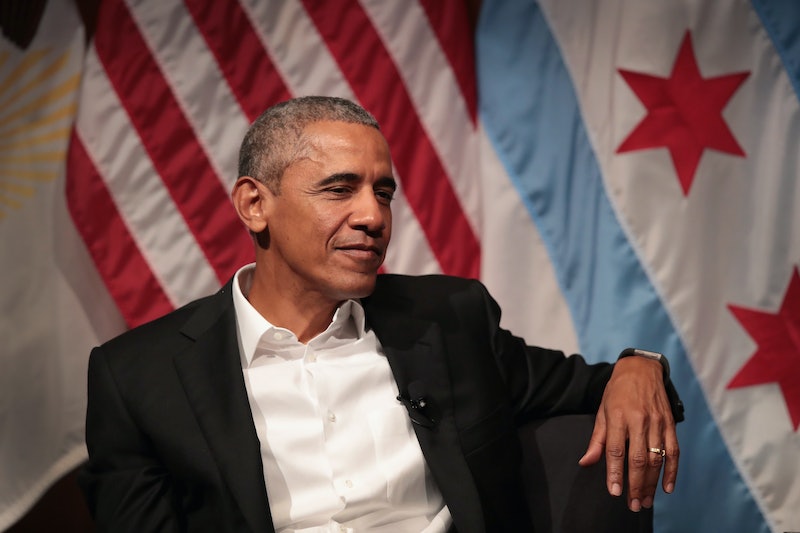 President Trump is nearing his first 100 days in office, and he could have little to show for it. That may be why he's publicly downplayed the significance of the first 100 days, tweeting that it's a "ridiculous standard" by which to judge presidents. But to judge whether Trump really fell short of that standard, it's worth looking back at what President Obama did in his first 100 days.

Obama only signed a few major pieces of legislation during the first 100 days of his first term, but they were big ones. The most notable was the American Recovery & Reinvestment Act — that is, the stimulus package. This was an $831 billion investment package, which Obama proposed as a means of stopping the economic bleed caused by the financial crisis. It authorized funding for infrastructure, unemployment benefits, low-income housing, Medicaid, and more. Five years after its passage, conservative and liberal economists agreed that, broadly speaking, it was a success.

Obama signed two other big pieces of legislation during his first 100 days: The Lilly Ledbetter Fair Pay Act and the Children's Health Insurance Reauthorization Act of 2009. The first law attempted to tackle the gender pay gap by extending the statute of limitations with regard to equal pay lawsuits — that is, making it easier for women to sue employers for paying them less than their male counterparts. The second piece of legislation authorized $35 billion in health care spending, thus expanding health care to around 4 million American children.

These are huge legislative accomplishments. What's even more remarkable is that Obama signed all three bills within one month of taking office.

That's not all Obama did during his first 100 days, though. He also approved the deployment of 17,000 additional U.S. troops to Afghanistan, a significant foreign policy decision that angered many of his progressive supporters at the time. Nevertheless, Obama ended his first 100 days with sky-high approval amongst his base: At the time, 88 percent of Democrats said he'd done a good or excellent job so far, according to Gallup. In fact, at the 100 day mark, 56 percent of all Americans said that Obama had met or exceeded expectations.

Trump, by comparison, currently has a lower approval rating that dances around 42 percent, according to FiveThirtyEight. Furthermore, his high-profile attempt to ban citizens from certain countries from entering the United States has been repeatedly smacked down in federal court.

There's plenty of time for Trump to turn things around, of course. But his first 100 days so far don't necessarily match up to those of his predecessor, at least from a progressive point of view.