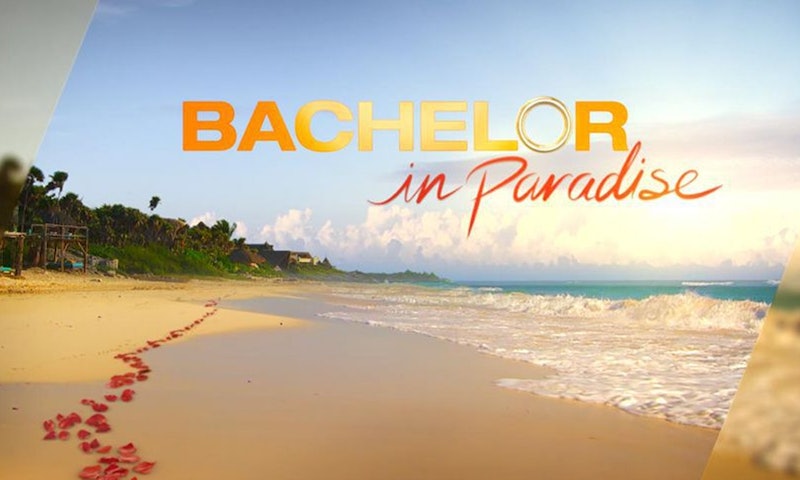 After allegations of misconduct halted production earlier this month, Warner Bros. has concluded its Bachelor in Paradise investigation and filming will resume. According to a statement provided to Bustle, the production company found no evidence of misconduct, and the show will go on as planned. Warner Bros. shared the following statement with Bustle:

“As we previously stated, we recently became aware of allegations regarding an incident on the set of Bachelor in Paradise in Mexico. We take all such allegations seriously. The safety, security and well-being of the cast and crew is our number one concern, and we suspended filming so that the allegations could be investigated immediately and thoroughly. Our internal investigation, conducted with the assistance of an outside law firm, has now been completed. Out of respect for the privacy interests of those involved, we do not intend to release the videotape of the incident. We can say, however, that the tape does not support any charge of misconduct by a cast member. Nor does the tape show, contrary to many press reports, that the safety of any cast member was ever in jeopardy. Production on this season of Bachelor in Paradise will be resuming, and we plan to implement certain changes to the show’s policies and procedures to enhance and further ensure the safety and security of all participants.”

Soon after, ABC shared this statement:

“We appreciate the swift and complete investigation by Warner Bros. into allegations of misconduct on the set of Bachelor in Paradise. Given their results, the series will resume production, and will air this summer on ABC.”

UPDATE: After the results of the investigation were announced, Corinne's lawyer Martin Singer released this statement to Bustle: (Bustle reached out to Warner Brothers about this new statement but has not yet received a reply.)

Earlier: Filming for Bachelor in Paradise Season 4 was previously suspended after a producer reportedly raised concerns about an alleged sexual encounter between DeMario Jackson and Corinne Olympios. People reported that a female contestant allegedly may have been too drunk to consent. TMZ claimed that the female contestant was Olympios. At the time, Warner Bros. stated that they were conducting an internal investigation in response and would take appropriate action when its findings were complete.

Three days after the reports emerged that the show had been shut down, Olympios released a statement to Bustle that read,

Given the many unconfirmed rumors that trailed the incident, it’s impossible to piece together exactly what happened. The only confirmed findings of the investigation are what have been shared by Warner Bros. in the statement above: that "the tape does not support any charge of misconduct by a cast member" and that the tape does not show "that the safety of any cast member was ever in jeopardy."

Bachelor in Paradise Season 4 will premiere this summer.

More like this
It’s Official: 'The Bachelorette' Is No Longer A Fairy Tale
By Samantha Allen
Dr. Anna Pou Is Still Practicing Medicine After Facing Murder Charges
By Brad Witter
'Children of the Underground' Subject Faye Yager Now Runs A North Carolina B&B
By Brad Witter
Anthony Templet Wants To “Live Normally” After Killing His Father
By Brad Witter
Get Even More From Bustle — Sign Up For The Newsletter