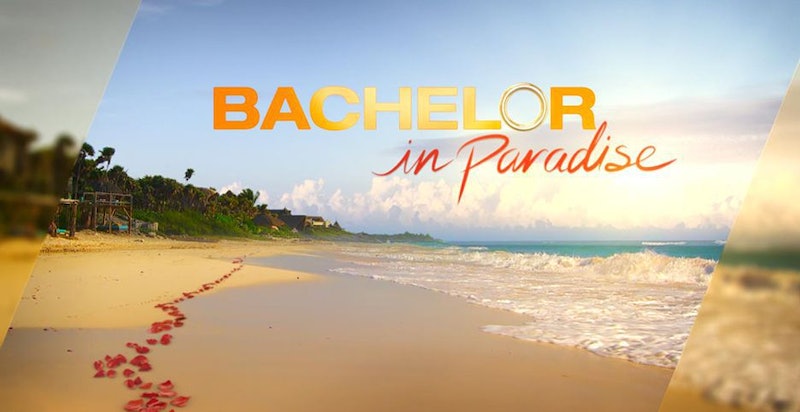 On Sunday night, Bachelor in Paradise fans got a big shock when, according to The Hollywood Reporter, Warner Brothers released a statement that production of Bachelor In Paradise has been suspended due to "allegations of misconduct." It's unknown at this time what those allegations are, and ABC has not yet returned Bustle's request for comment. Amid this report, Bachelor Nation fans are wondering why Bachelor in Paradise filming stopped, and rumors are flying wild.

EARLIER: It's important, though, not to speculate wildly about what happened without information. At this time, all we have to go on is the comment Warner Bros. provided to THR, which reads in full: "We have become aware of allegations of misconduct on the set of Bachelor in Paradise in Mexico. We have suspended production and we are conducting a thorough investigation of these allegations. Once the investigation is complete, we will take appropriate responsive action.”

I'm sure once the investigation concludes, viewers will be provided with more information. But, that hasn't stopped people from speculating about what may have happened. Notorious Bachelor spoiler Reality Steve commented on the news saying that he also does not have a complete understanding of what happened but claims that it's "a real sh*tty situation to be honest" and alleged that two of the involved members may allegedly be Corinne and DeMario. (ABC has not yet returned Bustle's request for comment.)

Filming had only recently begun on the summer show, which announced its cast list last week. With not much time spent filming before this incident, it's unclear if or when the show will return to production. At this point, it appears as if filming has been completely shut down and all cast members flown back from the set.

Corinne also posted a photo just three days ago, which is unusual for contestants appearing on the show as they are sequestered from the Internet while filming, indicating that filming stopped a little while ago or that she was sent home early from the show.

Bustle will update this post with more information as it comes in, but as it stands now, things are very uncertain in terms of why filming stopped and if it will resume. Hopefully everyone involved is OK.