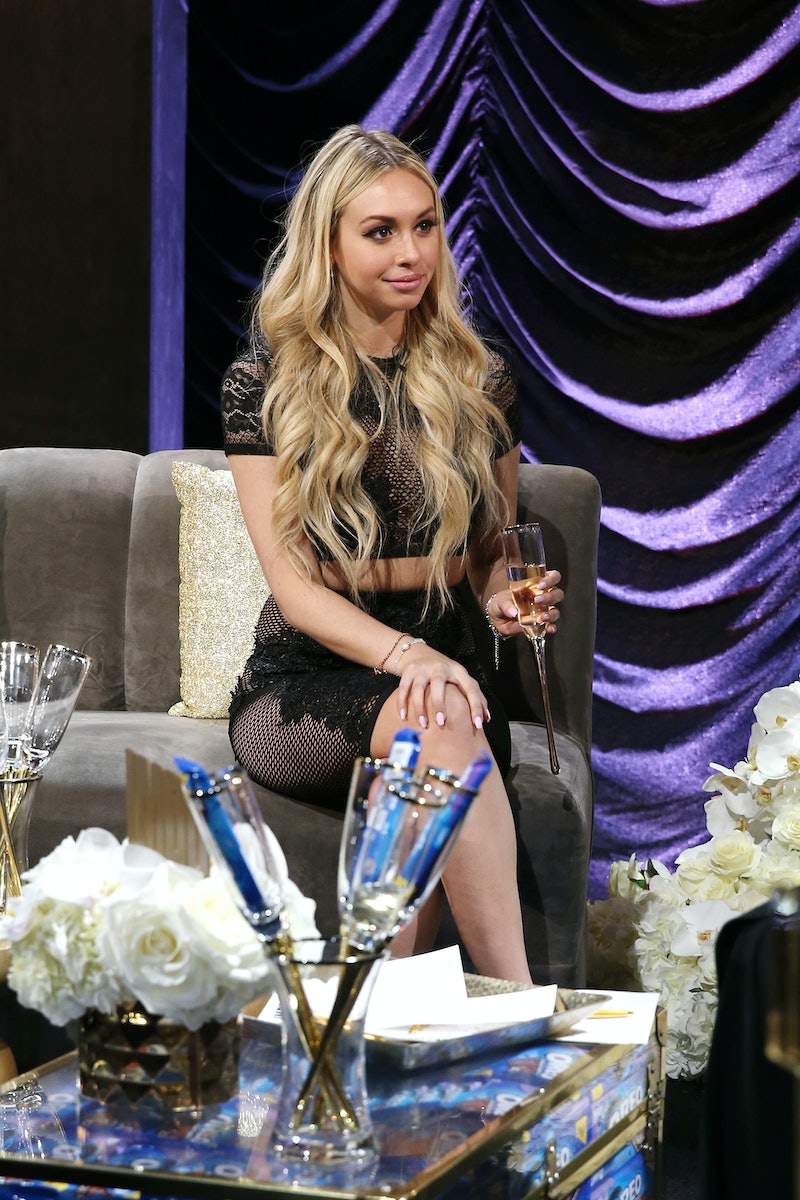 It appears that the investigation into the very serious allegations of misconduct on the Bachelor In Paradise Season 4 set has concluded. And, according to TMZ, "the investigation is now complete and the finding was there was no sexual assault." in the case. Rumors have been flying since production was shutdown on Bachelor in Paradise and the cast was flown home, and, even now, it's hard to know what truly happened to lead to this situation.

Update: In a statement to Bustle, ABC added, "We appreciate the swift and complete investigation by Warner Bros. into allegations of misconduct on the set of Bachelor in Paradise. Given their results, the series will resume production, and will air this summer on ABC."

Earlier: The shutdown was reported to be due to an allegedly nonconsensual sexual incident between DeMario Jackson and Corinne Olympios. People wrote that sources claimed the alleged event involved DeMario Jackson and a then-unnamed female contestant, who reportedly "may have been too drunk to consent" to sexual activity. TMZ later reported that the contestant was Olympios. At the time, all Warner Bros. would say on the incident was that, "We have suspended production and we are conducting a thorough investigation of these allegations. Once the investigation is complete, we will take appropriate responsive action."

Three days after the report that production had been shut down, Olympios released a statement to Bustle that read,

Various members of Bachelor Nation have also given their two cents on the situation, including former Bachelor Ben Higgins, fellow Bachelor in Paradise contestant Jasmine Goode, and former contestant from Nick Viall's Bachelor season Raven Gates. In addition, there have been numerous unconfirmed rumors and reports going around as anonymous sources were quoted to fill in the blanks of all that we still don't know. Official statements have been few and far between, and this latest development is certainly food for thought.

More like this
Bachelor Nation's Blake Horstmann Is Dating 'Love Is Blind' Star Giannina Gibelli
By Jake Viswanath and Radhika Menon
‘The Bachelorette’s Michelle Young & Nayte Olukoya Explained Their Breakup
By Stephanie Topacio Long
Everything We Could Expect In Gabby & Rachel’s Season Of The Bachelorette
By Kadin Burnett
Where Is Oscar Torres In 'Only Murders In The Building' Season 2?
By El Hunt
Get Even More From Bustle — Sign Up For The Newsletter