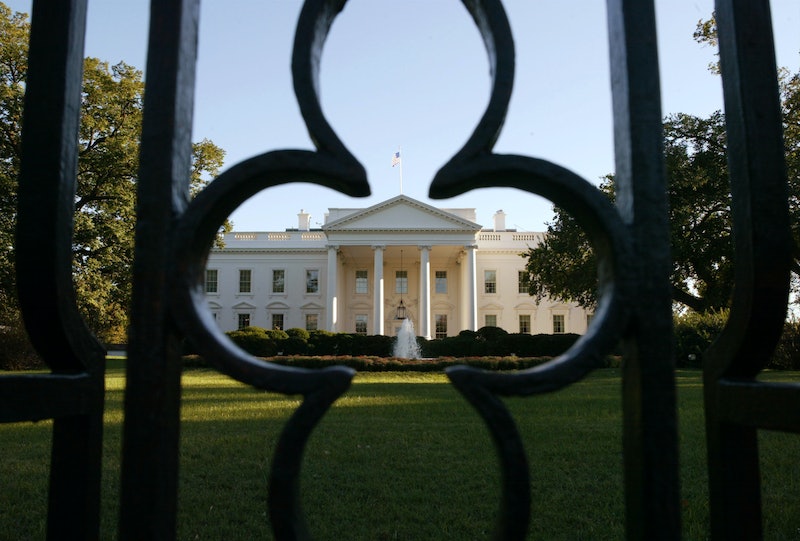 On Tuesday night, Eric Trump accused the "deep state" of suggesting who he should follow on Twitter. He tweeted a screenshot of the celebrities the platform recommended he follow, including Barack Obama, Hillary Clinton, and Ellen DeGeneres, and implied that these selections were not random or chosen by the social media platform's algorithm, but rather by the "deep state." So, what is the deep state? And why would it want Eric Trump to follow Ellen DeGeneres on Twitter?

The term "deep state" refers to shadowy networks of individuals within governments that work to undermine the political body of that nation, according to The New York Times. It also technically means a political conflict between a nation’s leader and its governing institutions. While actual deep states exist in countries like Turkey, Egypt, and Pakistan, there's no evidence of a deep state in the United States.

White House Press Secretary Sarah Huckabee Sanders later denied that Trump believes the "entire" Justice Department is part of the "deep state." "Obviously, he doesn't believe the entire Justice Department is part of that," Sanders said. But, Trump does want to "change the culture of the agency," she added. His first step, according to Sanders, was appointing Christopher Wray as director of the FBI. "He needs to make sure if there is an issue he would look at that."

However, Trump has spoken about his belief in a "deep state" for a while now. Former White House strategist Steve Bannon pushed the theory during the 2016 campaign, claiming the government was working against Trump. The president latched on to this idea and has accused the FBI of conspiring against him.

He even once went so far as to suggest that the FBI and Democrats were working with Russia to produce a "fake dossier," according to Trump, in order to launch the Trump/Russia collusion investigation against his campaign. There's been no evidence to support Trump's theory.

When Eric suggested that Obama, Clinton, and DeGeneres were involved in the deep state, people pointed out that none of those individuals fill the criteria. "Eric, there is no Deep State, but your dad says the Deep State comprises non-presidentially appointed civil servants who serve in multiple administrations," someone wrote on Twitter. "Obama and Clinton, by definition, cannot be members of the Deep State. As for Ellen, are you daft?"

There's been no proof that the U.S. government is actively working to undermine a Trump presidency, but Issandr El Amrani, an analyst who has written on Egypt’s deep state, told The Times that she was concerned by the parallels between Egypt and the United States. She noted that America hasn't reached authoritarian extremes, but that Trump attacking and questioning his own government officials "is dangerous, it encourages deep divisions within society, it creates these constant tensions.”

A rising number of leaks coming from Washington has exposed the tension between Trump and his agencies. The president has been essentially working to exclude the FBI and State Department from the policy-making process, according to The Times. “We’re in a world now where the president is playing to the edge of his powers," Amy Zegart, the co-director of the Center for International Security and Cooperation at Stanford University, told the publication, "and I think there are real concerns about the constitutional implications of some of the actions he’s taken."

While El Amrani said she doesn't feel Americans will face the worst-case scenario when it comes to a deep state, which is citizens losing their basic civil liberties and democratic rights, she said the trust broken by Trump will be difficult to restore. “There are no good long-term consequences here,” she said. “This war between the intelligence community and the White House is bad for the intelligence community, bad for the White House, and bad for the nation’s security.”

So not only are Trump and his son's claims of a "deep state" unfounded, they could potentially cause serious long-term damage to future administrations who will have to attempt to rebuild the trust they've slowly eroded. And as far as DeGeneres' role in all of this, well, that remains unclear.