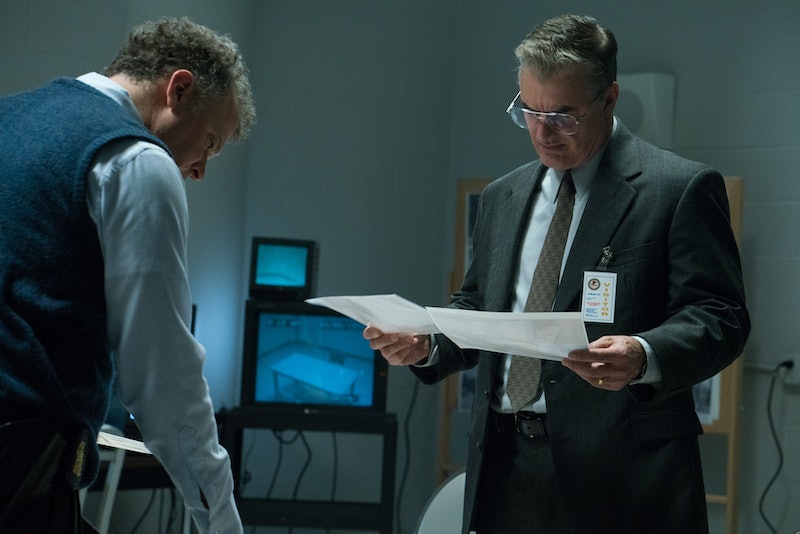 Decades after the initial investigation into and conviction of Ted Kaczynski, better known as the Unabomber — who plead guilty to 16 bombings and was sentenced to life in prison — Discovery Channel has produced an eight-part limited series, Manhunt: Unabomber about the case. In this exclusive clip below from Manhunt: Unabomber, viewers hear excerpts from a letter from Kaczynski wrote demanding the publication of his "manifesto," where the Unabomber refers to himself as a group called FC.

As reported by The Independent, the initials FC stand for Freedom Club. According to the San Francisco Chronicle, a letter from the Unabomber identified that Freedom Club was a terrorist organization whose goal was the "destruction of modern industrial society in every part of the world." The Independent reports that this organization allegedly does not actually exist beyond Kaczynski's own mind, and he plead guilty to all 16 bombings himself. The BBC theorized that "like many 'lone wolves,' ... [Kaczynski allegedly] imagined [himself] as part of a wider community: Kaczynski's 'Freedom Club' promised to liberate the world from technology."

According to The Washington Post, many of Kaczynski homemade explosives bore those FC initials on them. When he later sent the manifesto, he also identified himself as FC. In the scene below from Tuesday's Manhunt episode, the FBI is tasked with the weighty decision of whether or not to allow the Unabomber's manifesto to be published in a nationwide periodical. Agent Fitzgerald, who knows the strength of linguistics profiling better than anyone, stands firmly on the side of publishing the manifesto in the hopes that someone close to the killer would recognize his writing style.

Watch the rest of the episode Aug. 15 at 10 p.m. ET on Discovery Channel to see how the decision of whether or not to publish the manifesto rocked this investigation.