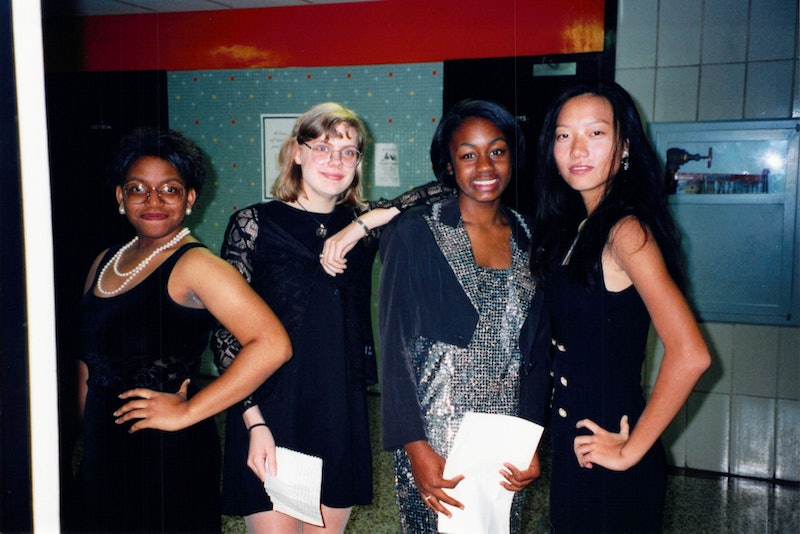 Two decades after Hae Min Lee was murdered, the details surrounding her death have remained the subject of widespread national attention. When Serial thrust the story into the national spotlight in 2014, speculation around Adnan Syed, her ex-boyfriend who was convicted for her murder in 2000, brewed. (Syed has always maintained his innocence in connection to the crime). Now, an HBO docuseries, The Case Against Adnan Syed, will once again rehash the case. But what does Hae Min Lee's family think of the new show?

As of publication, it doesn't appear that they've made any comments about the documentary. Bustle reached out to the Maryland Attorney General's office, who gave a previous statement on behalf of the Lee family, but did not hear back by the time of publication. That being said, the Lee family has previously commented on Serial and the new trial Syed was granted in 2016. (Though as CNN reported on Friday, Maryland's Court of Appeals ruled Syed won't, in fact, get a new trial.)

According to a transcript of a statement Baltimore Sun reporter Justin Fenton tweeted in 2016 following a hearing for Syed's retrial, the family stands by the original trial's verdict. They also asked that people focus on Hae Min and her memory rather than Syed. It read in part:

"The events of this past week have reopened wounds few can imagine. It remains hard to see so many run to defend someone who committed a horrible crime, who destroyed our family, who refuses to accept responsibility, when so few are willing to speak up for Hae. She stood up for what was right, regardless of popular opinion."

Elsewhere in the statement, the family addressed the new involvement of Asia McClain, a witness interviewed by Serial, in the case. McClain claimed that she saw Syed in the library at the exact time and day Hae Min was murdered. As reported in the podcast, McClain signed an affidavit confirming her account in 2000 and has said she reached out to Syed's original lawyer, Cristina Gutierrez, but was never contacted to discuss the matter or testify. Now, she's back in the picture and her testimony might come into play if and when Syed sees another day in court.

However, as the Lee family continued in their 2016 statement:

"Unlike those who learn about this case on the internet, we sat and watched every day of both trials — so many witnesses, so much evidence. We wish Ms. Asia McClain had watched too, because then she would not do what she is doing. Whatever her personal motives, we forgive her, but we hope she will not use Hae's name in public, which hurts us when we hear it from her. She did not know Hae, and because of Adnan she never will."

According to WNYC, the family issued another statement in 2016 thanking the Maryland state legal team and saying they hope the case is closed for good soon.

"Although this has made us relive a nightmare we thought was behind us, we thank the state for standing up for us and continuing to seek justice. We believe justice was done when Adnan was convicted in 2000, and we look forward to bringing this chapter to an end so we can celebrate the memory of Hae instead of celebrating the man who killed her."

(Again, Syed has always maintained his innocence in connection to Hae's murder).

Aside from these statements, it doesn't appear the Lee family has further commented on Syed, his attempts to appeal his conviction, or The Case Against.

More like this
The Mysterious Gunther Corporation From 'Gunther’s Millions' Has Dissolved
By Brad Witter
Melanie Lynskey Plays A “Ruthless Leader” In 'The Last Of Us'
By Brad Witter
Pedro Pascal Barely Got Through The "Lisa From Temecula" 'SNL' Sketch
By Stephanie Topacio Long
The Plane Crash In 'Dear Edward' Is Based On A 2010 Tragedy
By Grace Wehniainen
Get Even More From Bustle — Sign Up For The Newsletter
From hair trends to relationship advice, our daily newsletter has everything you need to sound like a person who’s on TikTok, even if you aren’t.