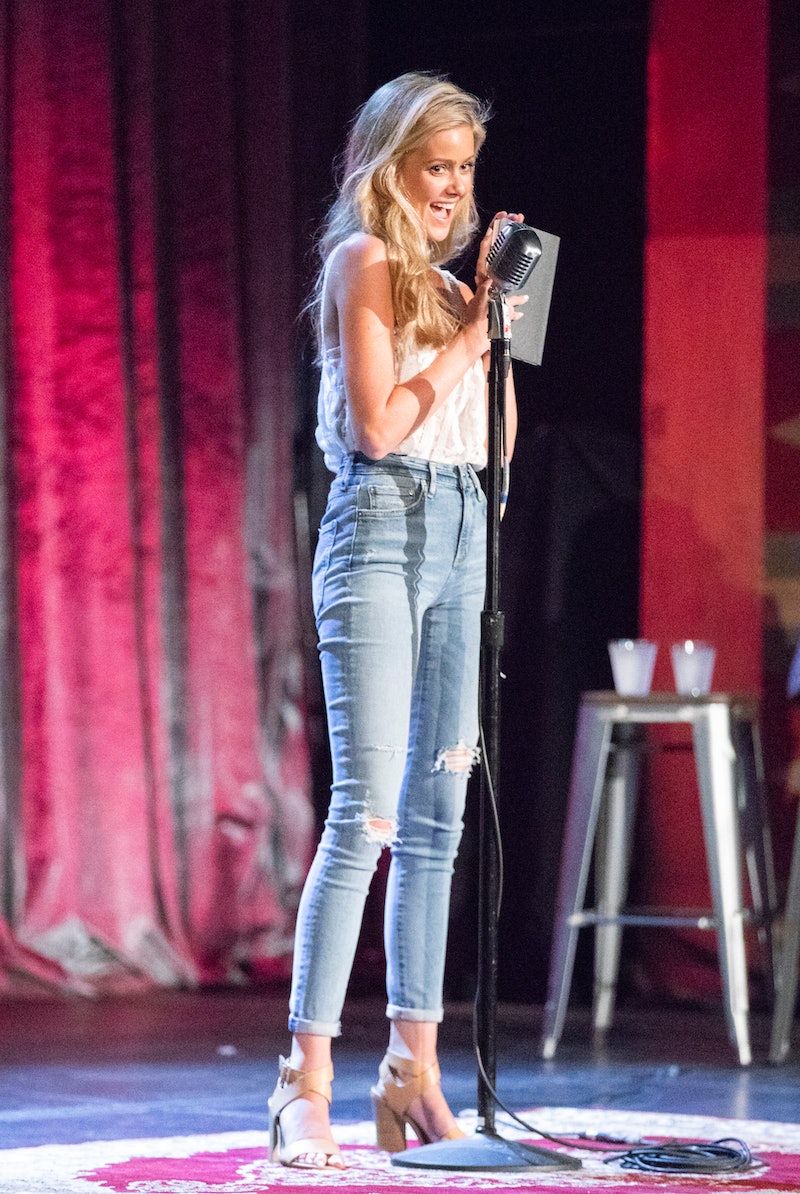 This season of The Bachelor has seen a lot of opinions flying back and forth, but not many of them have come from one particular frontrunner. Because she's kept pretty quiet post-filming, no one can really know for sure what Hannah G. thinks of The Bachelor, of the other girls, or of what's to come when the season ends. The one thing we do know for sure is that she has (or had) strong feelings for Colton, but it doesn't seem like it's going to work out for them in the end.

Hannah G. first opened up with Colton during their one-on-one date in Vietnam. (Yes, they made time to chat between their steamy make out sessions.) There, she told him about the heartbreaking divorce between her parents that happened when she was younger. Still, she seemed to be keeping a few walls up. She admitted to Colton that "opening up" is not her "jam" because she prefers to act strong and confident, which she has done in past relationships. Unfortunately, being vulnerable is necessary for any relationship to succeed — especially in the accelerated world of The Bachelor. Other than that conversation with Colton — and rapping with her friends and family at the end of her hometown episode — Hannah G. hasn't shown much of her personality or shared many of her thoughts about her experience on the show thus far.

Of course, that's not entirely her fault. The Bachelor production team decides what viewers do and don't get to see, so it's possible her more vulnerable moments were edited out. But unfortunately, her social media doesn't grant much more insight. Most of her captions are brief and consist of cliché sayings and puns like "singa-pouring with sweat how 'bout you?" and "The most GOAT day!" Oddly enough, most of her posts are photos of her alone — there are only two pictures of just her and Colton together. She hasn't shared much about her Bachelor experience that we haven't seen on the show, which could inadvertently point to her thoughts about the franchise... or she could just be taking the confidentiality contract she signed with ABC very seriously.

According to Hannah G.'s official ABC bio, quality time is her love language, which has probably been difficult for her considering that contestants don't get much. But it explains why, in addition to her physical chemistry with Colton, she was very excited for fantasy suites. "I feel very confident with Colton," she said in a preview for the episode. "A chance to have a fantasy suite, like, insert Hannah and Colton make out scene right now. There's definitely sparks flying between Colton and I. Things are gonna get super hot. I'm like, ready. Let's go."

However, based on the March 4 episode, it doesn't seem like things are going to go according to plan. And while it's unclear what will happen now that Colton has officially jumped the fence and left The Bachelor premises, Hannah G. is still technically on the show, which means she won't be on Tuesday night's Women Tell All episode. At this rate, we'll have to wait until After The Final Rose to find out how Hannah G. really feels about everything that's gone down.