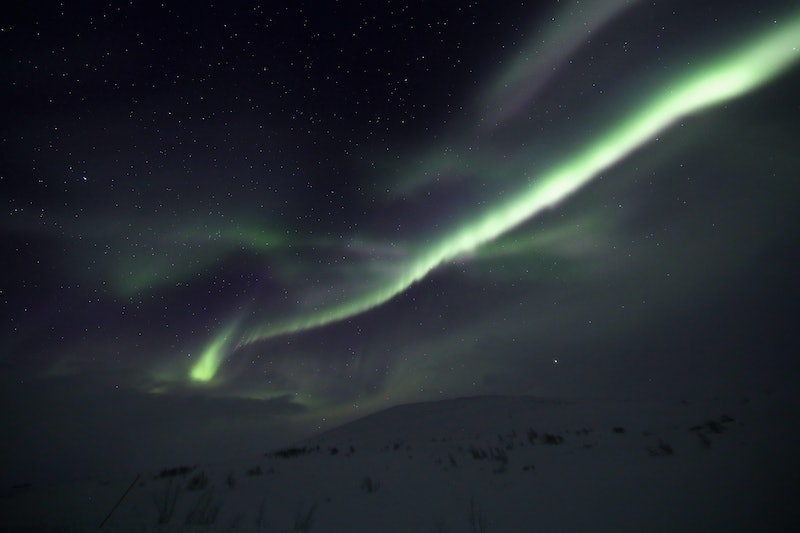 Hearing that a retrograde is happening has the power to send most people into a physical and emotional tizzy — so news that the rest of this summer will be host to not one, but six retrogrades, might literally make your head spin. Your probably anxiously asking yourself what it means when more than one retrograde happens at once, and that's a fair question.

That said, merely being aware of what's going on in our solar system will help brace us for any consequences. The planetary retrogrades might make things complicated for us, but it's nothing we can't handle — knowing about what we're up against is half the battle. When you can understand why a complication has arisen, you can take away some of that complication's power, and in return, make it less complicated. As astrologer Linda Furiate tells Bustle about what to expect when Mercury, Mars, Saturn, Uranus, Neptune, and Pluto (yes, astrologers still recognize Pluto's planetary power) are all in retrograde this summer, it's all about what you make it. And, while it might seem like the planets are all getting together to create a single type of havoc on Earth, all the retrogrades are entirely separate. Each planet is responsible for a different influence on Earth, so each retrograde will affect us differently. Here's what each retrograde has the power to evoke:

As we know by now, Mercury is the planet that rules all forms of communication. According to Furiate, "during a Mercury retrograde it may be common that our thinking process may feel out of sorts. Often it is hard to make up our mind on what we want to do. It is possible that we change our mind or plans in a split second." Furiate also warns that we might be focused on a task one minute, and then totally lose track of things and change focus in the next minute. "It is best to go with the flow during a Mercury retrograde since it may feel impossible to know what we truly want," Furiate suggests.

Mars is the planet that rules our energy. It's the planet that motivates us to jump out of bed in the morning and start our day, and keep things going when we think we're too tired. Furiate tells Bustle that "when Mars is retrograde, we may find that we lack the desire or enthusiasm to accomplish a task. Often our energy will feel drained and lethargic." So, she says that the key is to remain at a steady pace yet allow yourself time to rest and relax, aka, give yourself a break when you need it. If you push yourself too much, you might get hurt, or you might emotionally burn out, so you're not doing anyone any favors by pushing too hard.

Saturn is the planet that is associated with hard work and discipline. Furiate tells Bustle, "when Saturn is in retrograde we may gain a more internalized sense of inner stamina and endurance to accomplish our goals. We may have difficulty with authority figures such as a boss or parent." So remember to keep yourself in check, be careful with your words and remember that it's important to be respectful to everyone in the work place.

Uranus is called a generational planet. This is because of the slow speed that the planet will affect a large number of the population at the same time. Aka, many people will have Uranus in the same sign if they are within a seven-year age range. According to Furiate, "Uranus is associated with our desire for liberation and freedom." The planet allows us to be ourselves and to feel comfortable standing out. While you'll still feel special about who you are during the retrograde, you might start to focus your energies inward for a while, which will be nurturing!

According to Furiate, "Neptune is associated with our intuitive and spiritual nature. Neptune is associated with dreams, fantasy, illusion and our desire to transcend." When Neptune goes into retrograde, we're kind of forced into ourselves, which makes it a super reflective and introspective time. Furiate also says to stay away from addictive tendencies during this time as we are more susceptible.

According to Furiate, "Pluto retrograde is a time that allows for a deeper sense of self analysis. It is a time to penetrate the mind and to dig deeper into our soul." So get ready to spend a lot of time thinking about your goals, where you are in life, and what your intentions are for the future. If you typically struggle with mediation, Pluto's retrograde will provide an easier environment for you to center yourself in.