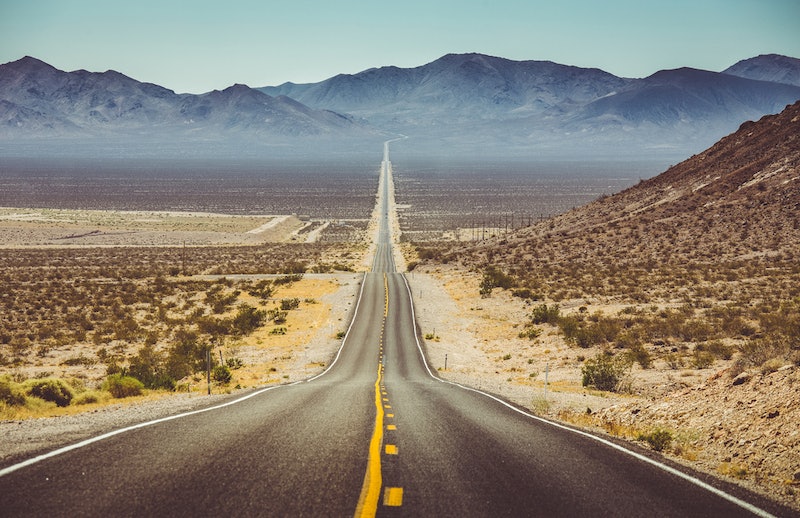 Nothing like kicking off a day like wondering what it means to dream about death. Seriously though, for a little dream-obsessed macabre freak like myself, this is an important question. Whether it's your own death or the death of someone you care about, dreaming about it is almost always pretty jarring — but most of us have experienced it at one point or another.

Naturally, as is often the case with anything related to the confrontation of one's own mortality, there are lots of superstitions surrounding death dreams. For example, I think we've all heard the slightly preposterous concept that if you die in a dream, you'll actually die IRL in that moment while you sleep. Not sure if any research really supports this theory, but I've tacked it trustily onto my long list of unfounded anxieties anyway — just for funsies! That said, most people don't get to put this theory to the test, as our brains almost always wake us up before we actually meet our dreamtime fate. In an interview with HuffPost, psychotherapist Jeffrey Sumber, M.A., M.T.S., L.C.P.C. explained why we often wake up before experiencing our own death in a dream: "[Because] we don't really understand what happens to us after our bodies die, dreams about death typically end abruptly before or after the point of impact ... The mind's computer just doesn't have enough data to complete the simulation."

There's also the superstition that death dreams could be prophetic — a creepy sign from the universe that someone's earthly time is almost up. My high-anxiety self hates this theory very much and doesn't want to think about it out of fear that I will have a death dream and then be subsequently paralyzed with fear over said person's fate for the rest of time. But again, thankfully, this isn't usually the case. "[A death dream] does not, however, suggest that [someone] will actually die imminently," continued Sumber. Breathe a sigh of relief.

But let's get down to business here, all those deep-rooted superstitions and anxieties aside. What does it mean when you dream about death? While there are infinite ways to interpret a dream, visions of death while you slumber can often be chalked up to a few main issues. Check 'em out.

According to the world of dream interpretation, death dreams aren't usually about physical death — it's usually about a death in a more metaphorical sense. If you know anything about Tarot cards, the death card, while oft-feared, is actually a card of complete transformation. The same can be said about death dreams: They often indicate that something in your life is majorly shifting or coming to a end to allow space for something new and completely different. "Dreaming of your own death symbolizes inner changes, transformation, self-discovery and positive development that is happening within you or your life," explained Dream Moods. It's common for death dreams to take place during transitional times in life, too — so if you're in the process of moving, getting into a new relationship, starting a new job, or otherwise changing up something major in your life, don't be too shook up if yourself or someone you care about kicks the bucket during a dream.

It's A Wake Up Call

OK, yeah, this is literally true. I mean, what's more alarming than living through a weird, virtual-reality version of your own or someone's else death, brought to you by the theta waves of your trippy subconscious mind? Not much. Dreaming of something so disturbing can be interpreted as a way for your subconscious to grab your conscious attention and give you a little shake. Is there something important in your life or in your past that you've been avoiding dealing with? Is there an impending change on the horizon or an existential issue that you've not wanted to think about? Well, a death dream might be your inner-self's way of begging you to handle your sh*t and face your truths. "[D]reams of death — whilst disturbing — mainly serve to remind us how precious life is and that we should make the most of every moment with the people we love and care about," explained dream expert Delphi Ellis in an interview with the Mirror. "[A]s we start to consider our own mortality we may be thoughtful about how time could be running out."

Full-Circle: We're Back To Anxiety

I know, I said we could leave anxiety behind earlier, but in a full-circle twist, apparently anxiety could be the cause of anxiety-inducing death dreams. No escape, I suppose. Life is messed up sometimes. "Death dreams can be caused by anxiety, particularly if we have heard news of a passing or there is someone precious on our mind," explained Ellis to the Mirror. Death in dream can simply be a reflection of the fear we have over losing someone we love, and that can be much more likely to manifest during a time of high anxiety. For example, as explained by Ellis, "Young mums often dream about the death of their babies, recognising the responsibility they feel for the safety of their child and the worry that something bad may happen." If you suspect you're having a death dream due to unchecked anxiety, start some pre-bedtime practices to help you unwind. Things like journaling, meditation, or drinking chamomile tea while you unwind can help you to quell your anxieties before bed.