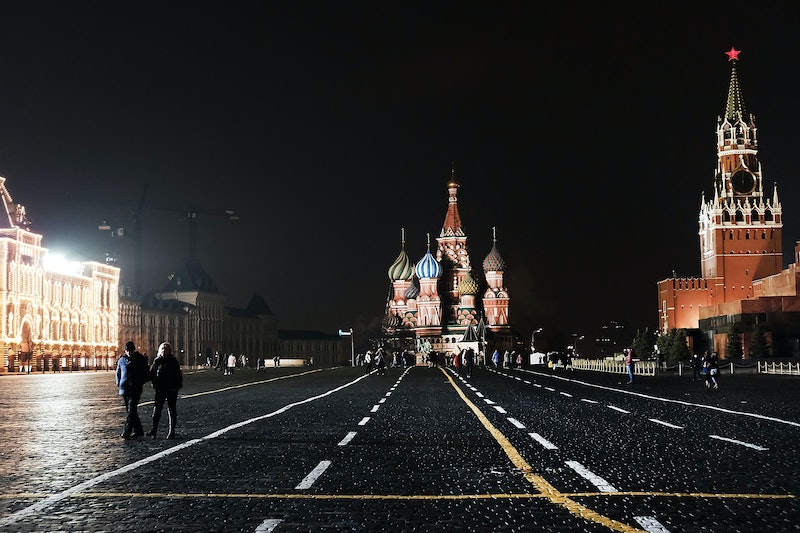 On April 4, the civil war in Syria once again exploded into the forefront of Western consciousness when reports of fatal chemical attacks in the war-torn country reached Europe and the United States. The attack caused President Donald Trump to reverse his formerly lenient position on Syrian President Bashar al-Assad, the leader believed to be behind the attacks, and two days after, Trump ordered military airstrikes on a Syrian base. To complicate an already-complex issue, Russia's relationship to Syria is once again being called into question. Many are now wondering what Russia wants in Syria, and why the Kremlin's relationship to the Assad regime may make this civil war (and the American response to it) even more convoluted.

Similarly to attempts to try to decode Trump's motivations, it’s difficult to suss out exactly what Russia wants in any of its various maneuvers and diplomatic relationships, and that holds true for its relations with Syria too. The official reason behind Russia’s hard-headed backing of Assad is that the two are allies and are therefore expected to stand behind one another. The subtext, however, goes much deeper, and is likely due to Syria being one of Russia’s only allies that isn’t a former Soviet state.

Russia's friendly relationship with Syria dates back to the Cold War. In 1980, Leonid Brezhnev, the former leader of the U.S.S.R., signed a "treaty of friendship" with Hafez, Assad's father. After the Soviet Union fell, that relationship continued. Russia renewed its interest in Syria during the so-called Arab Spring when revolution threatened to unseat Assad, and since then, the former Soviet Union has backed the regime they've had formal diplomatic relations with for nearly 40 years. They haven't just backed them diplomatically, either — Russia supplied weapons to Assad's Syrian Army in its fight against anti-regime rebels.

In the wake of the American military response to Syria's chemical attacks that killed more than 50 civilians and injured over 300 others, Russia adopted what appears to be a warlike stance. Russia called the American missile attack a violation of international law, and launched a warship to its Syria naval base in Tartus, although Russian officials claimed the launch was a “routine voyage”. Russia also announced its intention to defend Syria’s air force in the aftermath of the American missile strike.

As it became clear that Russia would not stop supporting the Assad regime, renewed interest in the theory that Russia is using Syria as the site of a “proxy war” with the United States found a new backer in British Labour leader Jeremy Corbyn. On April 10, Corbyn told BBC of his concerns about a proxy war between the superpowers:

Surely we have to get Russia and America around the table together to put pressure on respective parties to this war, because it's in danger of becoming a proxy war between them, in order to have a meaningful and effective ceasefire.

There's no telling beyond educated speculation exactly what Russia wants with Syria. There's always the possibility that Putin truly does believe that Assad is in the right and that American aggression towards his regime is a serious threat to the righteous leader of the war-torn country. Here's hoping the international community figures it out before this new cold war thaws.