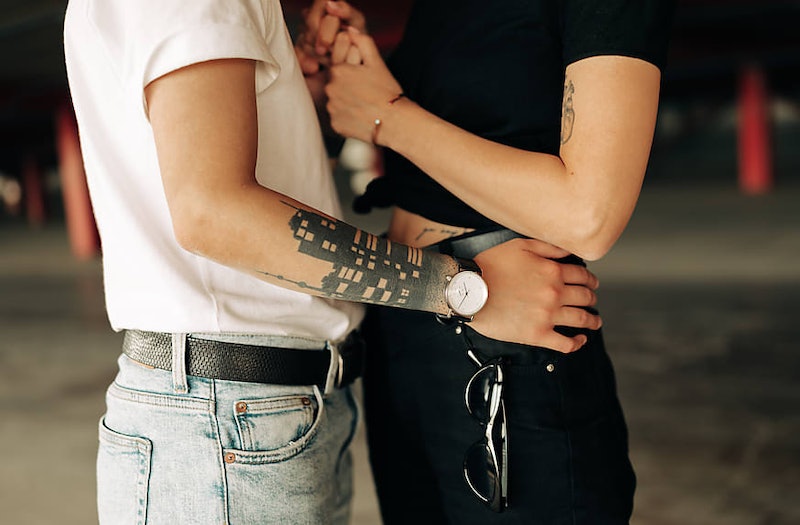 Over the past few years, one particular identifier has been gaining recognition and controversy: sapiosexuality. The term is in the spotlight again after French minister Marlène Schiappa recently stated that she is sapiosexual in an interview. So, what does sapiosexual mean and why can the term's use be controversial?

Pink News reports that sapiosexuals are people who are attracted to a person's intelligence more than their face or body. On Sunday, the French minister for gender equality used this term to describe herself in an interview with newspaper Le Journal Du Dimanche, leading many to question what that the term actually means, and the history behind it.

According to Pink News, a LiveJournal user called wolfieboy claims to have created to term in 1998. In a post written in 2002 about the term, he quoted another sapiosexual to help explain the meaning of the term: “Me? I don't care too much about the plumbing. I want an incisive, inquisitive, insightful, irreverent mind.” So the original meaning appears to have had a lot more to do with dating on the basis of intelligence, regardless of gender. However, this soon changed to something a lot more limited.

As the Independent reports, in November 2014, sapiosexuals were added to OkCupid's list of sexual orientations alongside asexual, demisexual, and pansexual. However, Bernadette Libonate, a spokeswoman for OkCupid, told Broadly that the dating platform added the term sapiosexual to improve user experience and not as "a lofty declaration of what we recognise as 'official' orientations."

The names of sexual orientations and the language used for them have evolved and expanded over the years. Where there was once just gay, lesbian, and bisexual as identifiers, now terms like queer (which has been reclaimed by those to whom it refers) and pansexual (being attracted to someone regardless of gender) have been added to vocabulary when it comes to sexual orientation.

However, as Bustle previously reported, identifying as a sapiosexual has been criticised because it can be deemed as classist and ableist — therefore discriminatory. For example the top hit when you Google "sapiosexual test" includes the statements: “I judge my level of attraction to a person based on how witty, inquisitive and/or how mentally sharp they are" and “Foolish people cause me to feel very irritated and disheartened.”

But how do we even quantify intellect? Traditionally, it's often been linked to education or academic qualifications. And which people in society usually get to continue onto higher education? Moreover, how do people with learning difficulties fit into the conversation? And why would you want to make your dating pool so small?

It comes off as snobbery, if you ask me. Others have explained that sapiosexuality is not a sexual orientation, but rather a kink or a dating preference that shouldn’t be confused with queerness. In a Daily Beast article about sapiosexuals from 2015, writer Samantha Allen notes: “In every scientific and sociological sense of the term, sapiosexuality is not a sexual orientation. A person who likes writers is not a scribosexual, a person who likes lawyers is not a jurosexual.”

While there’s nothing wrong in finding intelligence attractive per se, it's important to be mindful of exactly what informs society's perceptions of intelligence. The term as it stands is pretty exclusionary, and to conflate what's really a preference for a personality trait with a sexual orientation is something to consider closely.