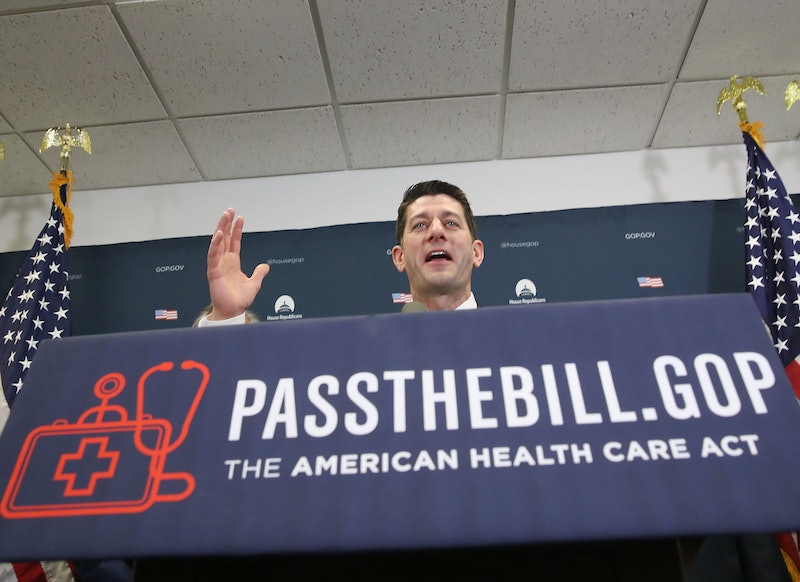 President Trump and company have spent the last two weeks attempting to woo skeptical Republicans on the merits of the American Health Care Act, but have so far failed to impress those they need the most. The House Freedom Caucus, a group of roughly three dozen staunchly conservative House members, refused to vote in favor of the GOP health care bill on Thursday, all but tanking its prospects for a vote that follows the White House's tight schedule. But what does the Freedom Caucus want, exactly? At first glance, it would seem that Republicans would be chomping at the bit to pass a Paul Ryan-designed health care bill.

Yet the main criticism of these hard-line conservatives is that the bill is actually not conservative enough. They fear that they are being presented with a watered down version of the Affordable Care Act, and hope to pull the bill even further to the right before they will consider voting on it. Thursday's vote was therefore canceled.

In particular, the Freedom Caucus wants to repeal all of the Affordable Care Act's regulations. This includes popular provisions Trump himself has promised to keep intact, such as maintaining Obamacare's Medicaid expansion until 2020 and refundable tax credits for those who shop for individual market insurance. But the Freedom Caucus said it won't vote unless it is all repealed, and have paid particular attention to the Democratic health care law's insurance mandates.

The group argues that slashing these mandates would ultimately lower premiums, a viewpoint shared among many conservatives. But the rollbacks would include cutting many of Obamacare's "essential health benefits," such as emergency-room benefits, hospital stays, mental health and maternity coverage, and prescription drug coverage.

While the "essential health benefits" reforms are first on the caucus' list, they also hope to rollback other provisions, including the mandates that do not allow insurers to discriminate against those with pre-existing conditions or set annual or lifetime limits to their coverage. They also hope to strike the mandate that requires insurers to offer no-cost contraceptive coverage to their enrollees.

It is a long bucket list for a health care bill that has already proven to be largely unpopular among Republicans and Democrats alike. And while the current stall of the health care bill may seem like a good thing, you also have to weigh just why it's being held up. If it's to pass the Freedom Caucus' provisions, perhaps it's better that the bill stay in legislative limbo for as long as possible.