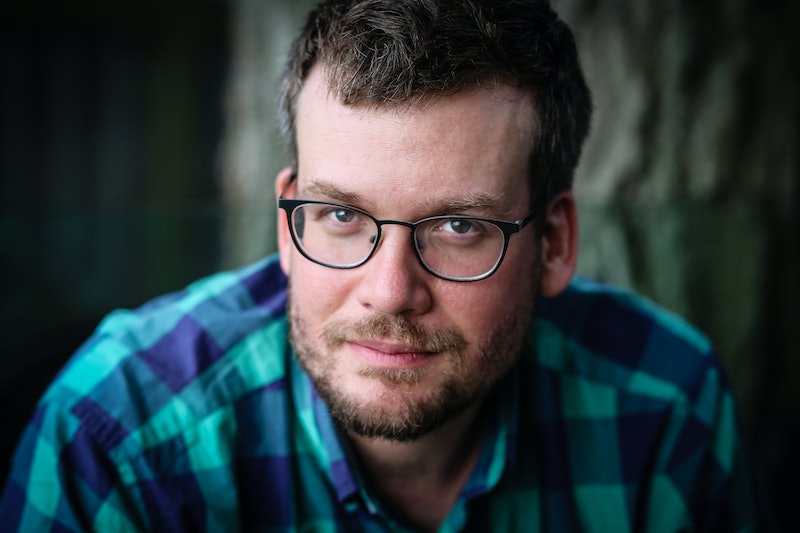 On Thursday, YA fans were greeted with the super-exciting news that a new John Green novel is coming out in October. The novel will be called Turtles All the Way Down — a title that has left most of us pretty baffled. The novel will be about a teenage girl solving the mystery of a missing billionaire, all while grappling with the same mental illness that has affected John Green himself throughout his life. But what's that got to do with turtles? Well, it turns out, "turtles all the way down" is actually an old philosophical joke — and it might just give us a clue about some of the bigger themes explored in the book.

"Turtles all the way down" is part of an old joke often used as a rebuttal for the existence of God. It's unclear where the expression first came from, as versions of it have appeared since the mid 19th century — but one example was recorded in Stephen Hawking's book A Brief History of Time, which begins:

A well-known scientist (some say it was Bertrand Russell) once gave a public lecture on astronomy. He described how the earth orbits around the sun and how the sun, in turn, orbits around the center of a vast collection of stars called our galaxy. At the end of the lecture, a little old lady at the back of the room got up and said: "What you have told us is rubbish. The world is really a flat plate supported on the back of a giant tortoise." The scientist gave a superior smile before replying, "What is the tortoise standing on?" "You're very clever, young man, very clever," said the old lady. "But it's turtles all the way down!"

John Green himself has written on his website that he is a Christian — though he also says that he doesn't agree with every part of Christianity. Still, his religion is clearly important to him; he's made videos on the topic of religion, and has called for better conversations around religion to take place online. Perhaps, therefore, we can expect some fascinating questions surrounding faith and the point of life to appear in Turtles All the Way Down this October.