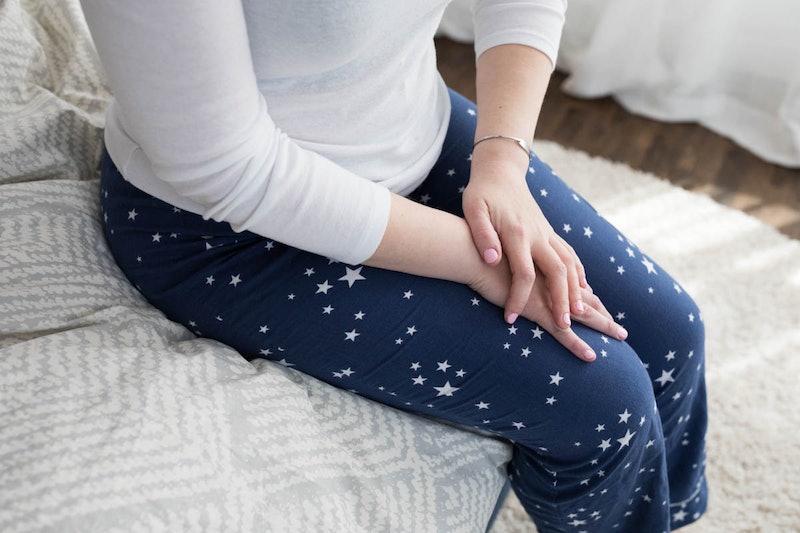 As of Aug. 20, people in the United States will have access to a generic version of mifepristone, one of two pills need to induce a medication abortion. Introduced in 2000, medication abortions now account for about 39% of all abortions in the United States, according to the Guttmacher Institute. But up until now, the pill has only been available under the brand name Mifeprex. The new generic version is being release by the company GenBioPro, and will be cheaper than Mifeprex.

A medication abortion — which is also sometimes called a "medical" abortion— requires two pills: mifepristone and misoprostol. A person who is up to 10 weeks pregnant first takes mifepristone to stop the progression of the pregnancy and then takes misoprostol up to 48 hours later. The misoprostol causes the uterus to contract, inducing what is basically a miscarriage. The person expelling the pregnancy may feel cramping or bleeding, sometimes for up to a few days.

A surgical abortion, on the other hand, involves a doctor’s visit. A doctor opens the cervix (usually after applying some local anesthetic) of a person up to 24 weeks pregnant and performs a procedure that suctions the fetus out of the uterus. The procedure is quick — usually 10 to 15 minutes — and patients can be discharged in as little as 30 minutes after the procedure.

Two very different procedures, with the same results: The termination of a pregnancy. But while both are simple and safe procedures, the barriers to accessing either are high. We spoke to experts to learn what this change really means for people seeking abortions.

First, let’s talk cost. Mifeprex — the brand name of mifepristone — costs providers about $90 per pill. (The second pill, misoprostol, is available by prescription and costs less than $10 for two pills of 200 mcg.) GenBioPro hopes that having a generic on the market will lower the price across the board, according to reporting by Vox. (A GenBioPro representative tells Bustle that they’re not sharing the price of the drug at this time.)

So, that’s great! But the cost of the pill itself is only a small part of the cost of an abortion. According to the Guttmacher Institute, patients paid an average of $538 for a medical abortion and $508 for a surgical abortion in 2014. And since many insurance companies don’t cover abortion, that cost often comes out of pocket.

Depending on the state the person is in and the stage of the pregnancy, they may also be required to get a number of tests and ultrasounds, the cost of all all of which add up. And all of that doesn’t even include the cost of transportation, childcare, and missed work that many people have to cover in order to access care in places where there is no abortion available.

So will a lower cost, generic version of the pill actually lower costs for consumers? Probably not. Or, at least, probably not until (and if) laws change to increase ease of access.

Laws Make The Pills Hard To Get

Mifepristone is under the Risk Evaluation and Mitigation Strategy (REMS) created by the FDA. That means people are required to get the prescription from a medical provider and can’t just pick it up the pharmacy, like you would with most drugs. REMS was created to protect consumers from getting access to drugs that could hurt them. It requires that health care providers take certain actions or say certain things when prescribing the drugs that fall under its purview.

For drugs with major side effects, REMS is a great way to make sure that people can take the medications they need, while staying as safe as possible. But here’s the thing about mifepristone: Doctors say it's really safe, and having it under REMS is a barrier to access.

Dr. Gillian Dean, Senior Director of Medical Services at Planned Parenthood Federation of America, tells Bustle that REMS is the number one thing that’s restricting access to medication abortions across the United States.

“Mifepristone remains out-of-reach for many people across the country, particularly those living in remote or rural areas, due to these unnecessary restrictions on how the medication is dispensed,” Dr. Dean says. “The REMS restrictions on mifepristone are not supported by research and create medically unnecessary barriers for patients accessing both medication abortion and the best method of managing a miscarriage."

Some of those restrictions, according to Dr. Dean, include the requirement that patients have to get the medication from a pre-registered health care provider who has the medication in stock.

"Patients aren’t able to fill a prescription for the medication at a pharmacy, as they could with any other equally safe medication," Dr. Dean says. "These unnecessary restrictions limit the number of health care providers who are able to prescribe mifepristone and severely limit patients’ access to this option.”

"Our patients deal with [harrassment] every day.”

That’s not to say that medication abortions aren’t without discomfort, which some people might describe as side effects. People who choose to have a medical abortion may experience cramping, nausea, bleeding, headaches, or even fever. But none of those side effects are life-threatening, and they usually pass within a few days.

Dr. Jamila Perritt, a board-certified OB/GYN, also points out that there’s a difference, in this case, between a side effect and the reality of a medication abortion. Medication abortions, Dr. Perritt says, include cramping and bleeding, usually at about the level that someone would experience with their period. If those things happen in excess of what could be expected from a period — or other symptoms not related to having a period, like fever, for example, happen — that’s when they become “side effects.”

“The likelihood of having a side effect or even a complication is really low for the most people who use the abortion pill,” Dr. Perritt tells Bustle. “If complications occur the most common ones would include bleeding that’s heavier than normal or cramping more severe than expected. For most people the side effects can be managed at home with over-the-counter medications like ibuprofen or Tylenol and other comfort measures like heating pads. Very few people have bleeding or cramping heavy enough that requires them to go to seek medical attention at the hospital or even their doctors office.”

As for those really scary side effects? One 2015 study from researchers at Planned Parenthood Los Angeles and Princeton University involving 13,373 women who had medical abortions found that the efficacy rate was 97.7%, and the rate of infection requiring hospitalization was 0.01%.

“We know through research that even providers who have expressed an interest and desire to provide abortions for their patients in their practice sometimes were prevented from doing so because of concerns around harassment and violence,” Dr. Perritt says. “This is not a surprise — you only have to walk past any health center that provides abortions and see the protesters out front and security at the door to know that the threat is real. To walk through a wall of people screaming and shouting at you on your way into your office is not normal for most people, but abortion providers deal with it every day. Our patients deal with it every day.”

Despite the barriers, these doctors and others like them continue to provide needed medical care to their patients. With the introduction of generic mifepristone to the market, one small barrier has been chipped away — but there's still a long way to go.

Correction: A previous version of this article misstated how long it takes to be discharged after an abortion and when someone can undergo a medical abortion. It has been updated to include the correct information.

More like this
Got Brain Fog? Here Are The Best Supplements For Memory & Cognition
By Carolyn Steber
Women Around The World Are Cutting Their Hair In Solidarity With Mahsa Amini
By Darshita Goyal
This Psychological Effect Might Be Keeping You From Hitting Your Goals
By Lexi Inks
10 Ways To Be More Empathetic To Your Partner
By Raven Ishak and Lexi Inks
Get Even More From Bustle — Sign Up For The Newsletter