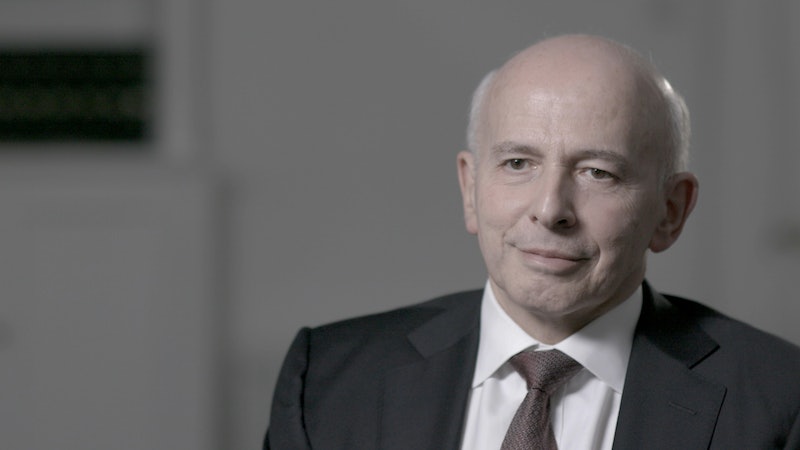 Catching Britain's Killers: The Crimes That Changed Us returns to BBC Two on Oct. 23 to explore another historic murder case. The documentary series looks into case of Maxwell Confait and the miscarriage of justice that followed his death. But what actually happened in the murder of Maxwell Confait? This case didn’t only shock the public, it also led to the creation of new legislation in how suspects and evidence are treated in this country.

As the Mirror reports, on April. 22, 1972 the fire brigade were called to the home of Maxwell Confait in the early hours of the morning. After the fire was put out, one of the fire fighters found the body of Confait. However, a police surgeon confirmed that, despite the fire, Confait had actually died from strangulation. Shortly after Confait's death, Colin Lattimore (who was 18 years old at the time), Ronnie Leighton (15), and Ahmet Salih (14) were charged with the murder.

It’s what happened to the suspects in police custody that makes this case so significant. All three were questioned without an adult present. According to a 1977 government report into the case, they all later claimed that the police had been violent towards them. Lattimore and Salih went on to falsely confess to starting the fire and Lattimore admitted to murdering Confait, despite the fact that Lattimore had an alibi, as the Mirror reports.

Throughout the whole ordeal, Lattimore’s family maintained his innocence. In the documentary, Lattimore’s brother speaks about his learning difficulties, explaining: "Colin couldn’t read or write. He didn’t act like an 18-year-old man, he was more like an eight year old. He was a boy in a man’s body.” At the time, they made it their mission to reach out to the Queen, the Prime Minister, the Home Secretary, and the Home Office. This was just after the 1974 election when Roy Jenkins became the Home Secretary and Christopher Price was elected the MP for Lewisham. Both MP were dedicated to straightening out miscarriages of justice and after discussing the Confait murder case with Lord Chief Justice, they told the government that the Home Office would be referring the case to the Court of Appeal.

After a week of hearing evidence and another week to come to a verdict, all three boys were found not guilty of all of their charges and were freed.

An inquiry into how the boys were treated when they were in police custody and why they were questioned without an adult present was then launched. This eventually led to the creation of the Police and Criminal Evidence Act of 1984, which outlined the powers that police officers have and exactly how they can exercise them.

Watch the last episode in the Catching Britain's Killers series on BBC Two at 9 p.m. on Oct. 23. If you missed the rest of the series it’s on BBC iPlayer.

More like this
A New Netflix Doc Will Explore The Unsolved Murder Of Jill Dando
By Sam Ramsden
This First Look At 'The Gold' Shows Jack Lowden In A Whole New Light
By El Hunt and Sam Ramsden
Joey Essex Is Rumoured To Be Dating A 'Love Island' Favourite
By Sam Ramsden
Molly-Mae & Tommy Fury Revealed Their Baby Girl's "Really Unusual" Name
By Sophie McEvoy and Sam Ramsden
Get The Very Best Of Bustle/UK
Sign up for Bustle UK's twice-weekly newsletter, featuring the latest must-watch TV, moving personal stories, and expert advice on the hottest viral buys.