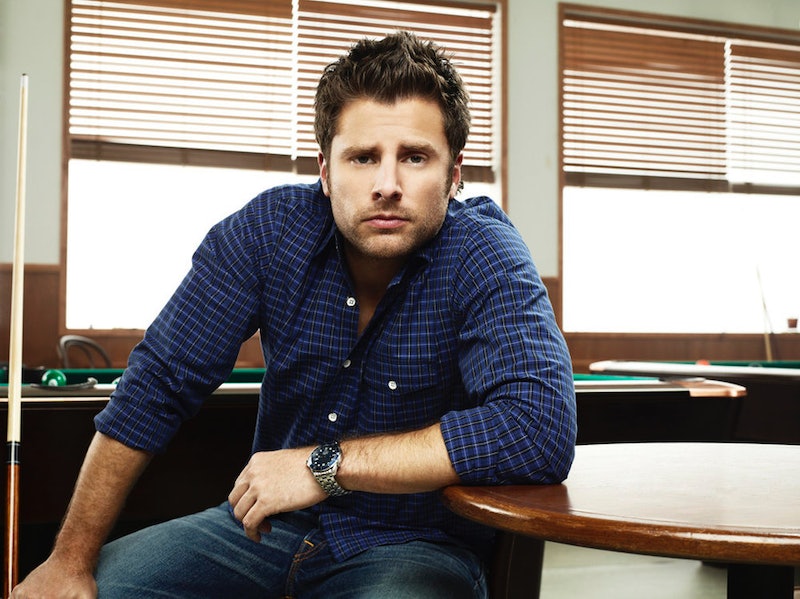 After three years, Psych-Os are getting a movie sequel to the iconic TV series Psych, which will hopefully resolve that cliffhanger of an ending. But, since three years is a long time, you'll be forgiven if you don't remember exactly what transpired in the final episode. That's why I'm here to remind you what happened in the Psych series finale and to prepare you for the movie revival, which premieres Dec. 7.

After 8 seasons and over 100 episodes, Psych aired its finale, titled “The Break-Up,” in March of 2014. In it, contrary to the episode title, nobody broke up and if anything, bonds were cemented even more firmly together between many of the main characters. In the episode, Shawn left his home for San Francisco (where Juliet had taken a new job) after sending goodbye DVD messages to his friends and father. Once in San Francisco, he found Juliet and declared to her his intention to really commit to a life with her. Then Gus found them both since he followed Shawn. (A video goodbye message was never going to be enough for him.) Then, Shawn proposed to Juliet and she said yes… only to have Shawn's grandmother’s engagement ring snatched from his hand by a passing thief. So, the three hopped in a car to chase after the thief, and that's where the show ended for good, with one last unsolved mystery.

In an interview with TV Guide before the finale, Steve Franks, who created Psych, said, “This is not the end of all of it. These guys are still going out and having these adventures somewhere else. It's just not being put on television right now,” he said. “For me, it was always that — it was about continuing. I knew that the last minute is them racing off on another case."

But, years later, it now is the time for the story to continue. Don’t expect that it will pick up from the car chase, moments from when the television series ended, though. Chris Henze, who helped produce Psych: The Movie, tells Bustle in an interview at New York Comic Con that the movie picks up three years later. It's the same amount of time that passed in real life after the show ended.

“When we first sat down and started talking about what to do with the movie, it was like, 'Well maybe we pick up right where we left off. The next day or whatever,'" Henze says. "But it seemed like there was so much more fun to be had with, 'What if we picked up three years later, so we can have fun with those stories? We can fill in those gaps for people.'"

It is no accident that the finale for the series was written in such an open-ended way. Franks said during the NYCC panel for the movie that he deliberately left the conclusion of the series open-ended. “That was my first trick,” he said. “When I did the finale ... I wanted to make sure there was no closure so that the network couldn't say, 'Well that show's done.' There's always more that's going on, and Shawn still hasn't gotten around to replacing the ring.”

While the fact that Shawn has not replaced the ring three years later is a bit problematic, perhaps he’ll do it in one of the several sequels Franks has in mind. In a different interview with Entertainment Weekly, he said that when the series ended he had always intended to have it return with six follow-up films.

“[In the same] way that The Fast and the Furious movies used to be about street-racing and they’ve pivoted into heist movies and all that stuff, I kind of want the [Psych] movies to pivot into action-comedy where you can do something that feels like a feature movie and not just two episodes of Psych put together," he said. "As fun as it is to watch this show, it’s nothing compared to how fun it is to write this show and to make this movie.”

While the USA Network executives haven’t officially confirmed a sequel to the new Psych movie (let alone five), that isn’t stopping Franks from sharing what he would include in a possible sequel to Psych: The Movie. In that same interview with Entertainment Weekly, Franks said that due to significant rewrites/reshoots because of Timothy Omundson’s (who plays Detective Lassiter) stroke, some scenes shot for the first movie will now be repurposed. “There’s some great, great stuff that took place in Santa Barbara, and movie two is certainly going to utilize some of those bits,” he said. “The entire scenes, word-for-word, will be in the second movie.”

No matter how many sequels the show actually ends up getting, it's great that Franks has always had a plan in mind — from the day he chose to leave the series on a cliffhanger, to how he plans to fill six potential movies. Just don't expect the film to have a satisfying conclusion if Franks is trying to make way for movies two though six. Fans are probably in for another ring-stolen-at-the-last-minute cliffhanger.

More like this
At 28, Lesley Manville Was Acting, Picketing, & Singing Kate Bush Songs
By Olivia-Anne Cleary
17 Years Ago, 'Hannah Montana' Reportedly Almost Cast This 'Gossip Girl' Star
By Grace Wehniainen
Netflix Reveals First Look At Wednesday In The 'Addams Family' Spinoff Series
By Bustle Editors
The Office Lego Set Includes All Your Favourite Dunder Mifflin Characters
By Sam Ramsden
Get Even More From Bustle — Sign Up For The Newsletter