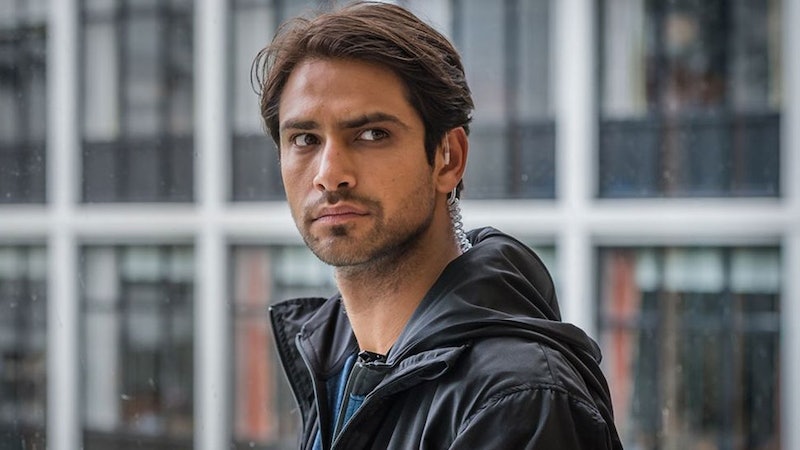 Fans of Our Girl have got accustomed to not becoming too attached to characters at this point. Michelle Keegan has announced that series four of the show will be Georgie Lane’s last and we've already said goodbye to many of our faves over the past three seasons. With explosions and a kidnapping taking place only two episodes into the current run, it’s hard not to be totally consumed by Our Girl. But Lane’s past has come back to haunt her in this series and it’s pretty dark. So, for those who have forgotten, here's what happened to Elvis in Our Girl. He’s been referred to so much throughout season four so far and, despite the fact he isn’t physically there, he’s still a pretty integral character.

Luke Pasqualino played Elvis Harte and joined the show in the second series. Harte and Lane’s tumultuous relationship had viewers on the edge of their seats from the very beginning. After much chasing, he left Lane at the altar just days before she was set to be deployed to Kenya. However, after a lot of time and effort, he won her trust back in series three. While she had a side romance with Dr Jamie Cole, the Elvis stans were on his side all along.

In true Our Girl fashion, a twist in the storyline meant that, during the final episode of season three, Harte ended up being killed by a bomb that was detonated remotely. Working as part of 2 Section under enemy attack in Kabul, it seemed he was clear and safe. In an incredibly emotional scene, he died as Lane attempted to revive him. To say it was a tearjerker would be a massive understatement.

While Pasqualino departed the show it’d seem the memory of Harte still very much haunts Lane. From episode one of season four she has flashbacks of him and the moment he died. She’s still wearing her engagement ring around her neck and listening to a voicemail he left her. Kingy (played by Rolan Bell) was reluctant to let Lane come on tour with 2 Section in Afghanistan, fearing it’d be too difficult for her after Harte's death.

As opposed to featuring active conflict, series four of Our Girl takes a deeper look at how the army train and protect. Lane and 2 Section are tasked with watching Dr Bahil (played by Badria Timimi), a hospital administrator and candidate in the upcoming election in Kabul. She’s in danger as she’s taken on the work of her late husband who was killed by terrorist Aatan Omar. When Lane discovers that the man who killed Dr Bahil's husband and is trying to get to her also killed Harte, the mission gets personal.

You can catch the next episode of Our Girl on April 7 at 9 p.m. on BBC One.