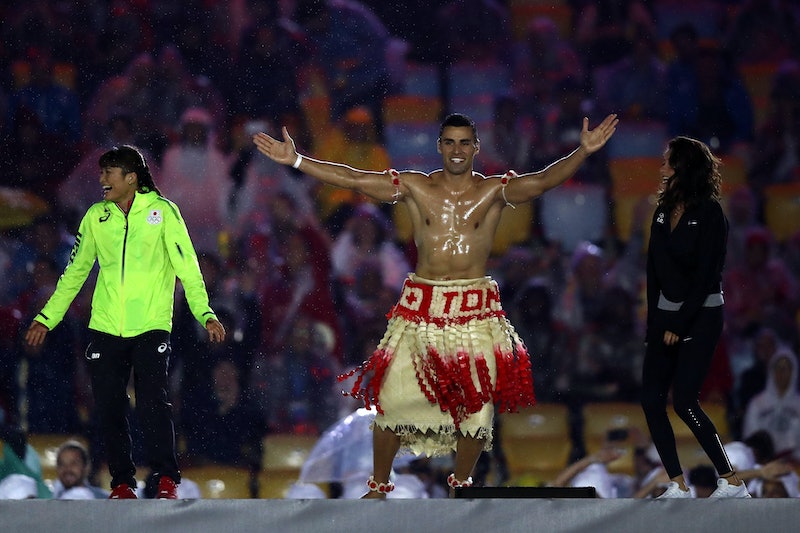 After more than two weeks of non-stop competition, the world's best athletes will come together for one last time on Feb. 25. While the majority of the event will remain a secret until then, several details about what happens at the Olympics closing ceremony for the 2018 Winter Games have already been revealed.

But before that happens, the stadium will house a major cultural moment with the closing ceremony of the 2018 Winter Olympics — which, it should go without saying, marks the official conclusion of the games. This year, the theme for the closing ceremony is "Next Wave," according to the International Olympic Committee (IOC). The whole thing will have a festival-like feel, and "looks towards the future" with "fun elements" that "[include] quite a lot of traditional Korean humor," according to Oh Jang-hwan, the Director of Ceremonies for the 2018 PyeongChang Organizing Committee.

Up until recently, no additional details about the theme had been released. However, on Feb. 21, the IOC finally confirmed a few of those "fun elements" in a PyeongChang press conference — and they're going to be good. After weeks of speculation, we now know that two big-time South Korean K-Pop superstars — EXO, the nine-piece boy-band extraordinaire, and CL, a female solo singer-songwriter and rapper — will be gracing viewers with performances.

But wait — there's more! There will also be flags — again! Much like the opening ceremony, the closing ceremony will have the 2018 Olympic athletes from each country walking alongside their respective country's flag, according to the IOC. Greece and their flag will go first (because the Olympics were started in Greece, obviously), and the host country, South Korea, will bring up the rear.

Much pomp and circumstance shall follow, including the playing of the South Korean national anthem, the passing out of a few more medals (AKA the "Victory Ceremony"), and the lowering of the Olympic flag — during which time, the Greek national anthem will be played. The mayor of PyeongChang will then hand off the Olympic flag to the President of the IOC, who will bestow it upon the mayor of the next host city: Beijing, China.

Then, we get more flag-raising and more anthem-playing — this time in honor of China. And in case the Chinese weren't already pumped up about hosting the Winter Games in 2020, there's also an 8-minute "Artistic Ceremony" devoted specifically to Beijing.

The closing ceremony wraps up with few brief speeches from Olympic officials, including one from the IOC President, who is tasked with officially declaring the conclusion of the 2018 Winter Games. Sad face.

No tears just yet, though! The end isn't officially official until they extinguish the Olympic flame. "The last protocol," according to the IOC, "is undoubtedly the most moving: the Olympic flame is extinguished in the stadium. With this last element, this time it is certain: the Games are over."

So much pomp. So much circumstance. So many athletes wearing athleisure. And that's all she wrote until the next Summer Games in 2020. You can check out the closing ceremony of the 2018 Winter Olympics on Sunday, Feb. 25 on NBC.

To learn more about the closing ceremony, an official Olympic fact sheet on the event is available here.