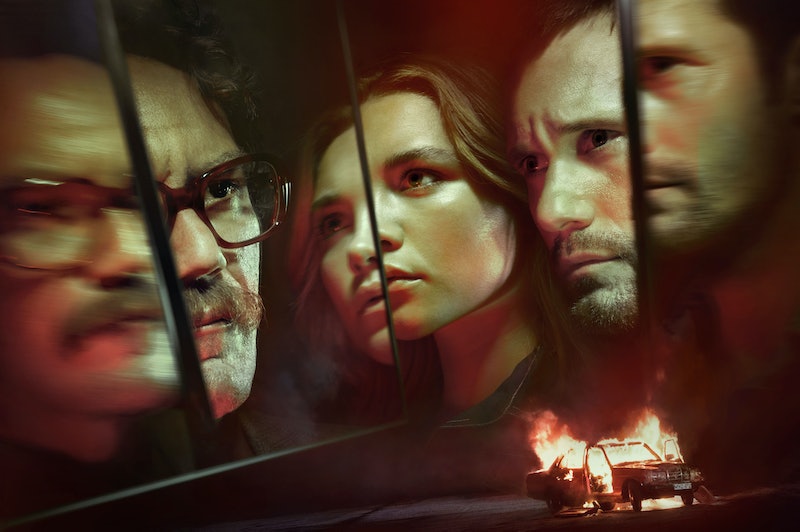 Unlike the BBC's adaptation of The Night Manager — which replaced the 1990s of the le Carré novel with the present day — The Little Drummer Girl stays faithful to the novel's 1970s setting, according to the Guardian. Seems likely, then, that the miniseries will keep the major plot points of the novel intact.

The novel is set in the late 1970s, amidst a series of bombings killing prominent Jewish people across Europe. Israeli intelligence agent Martin Kurtz (Michael Shannon) identifies Khalil (Charif Ghattas), the leader of a Palestinian terrr network, as the perpetrator, developing an elaborate plan to track him down. That plan necessitates the recruitment of Charlie Ross, a struggling actress with a history of left-wing activism whose career has never matched up to her talent.

On holiday in Greece, Charlie meets and falls for the mysterious Joseph — an alias used by Israeli agent Gadi Becker. Through Becker, Charlie is recruited into the hunt for Khalil. She's convinced to pose as the girlfriend of Khalil's younger brother, Salim (Amir Khoury), who Kurtz is holding captive. With Becker acting as Salim (to the pain and confusion of Charlie, who is in love with Becker), the pair strew conspicuous evidence of the fake relationship across Europe. Salim is killed in a staged car crash, and Khalil's network, as intended, subsequently reach out to his "girlfriend."

Charlie acts as a devoted recruit to the Palestinian cause, inching ever closer to Khalil as she does so. During her training, she spends time in a Palestinian refugee camp in Lebanon; there, her loyalties begin to waver. Still, she carries out her mission: she takes on an assignment from Khalil to plant a bomb at a lecture by a noteworthy Israeli speaker, leading Khalil to the Israeli agents, who kill him. Her role complete, Charlie experiences a breakdown.

The Little Drummer Girl airs on BBC One tonight, at 9 p.m.