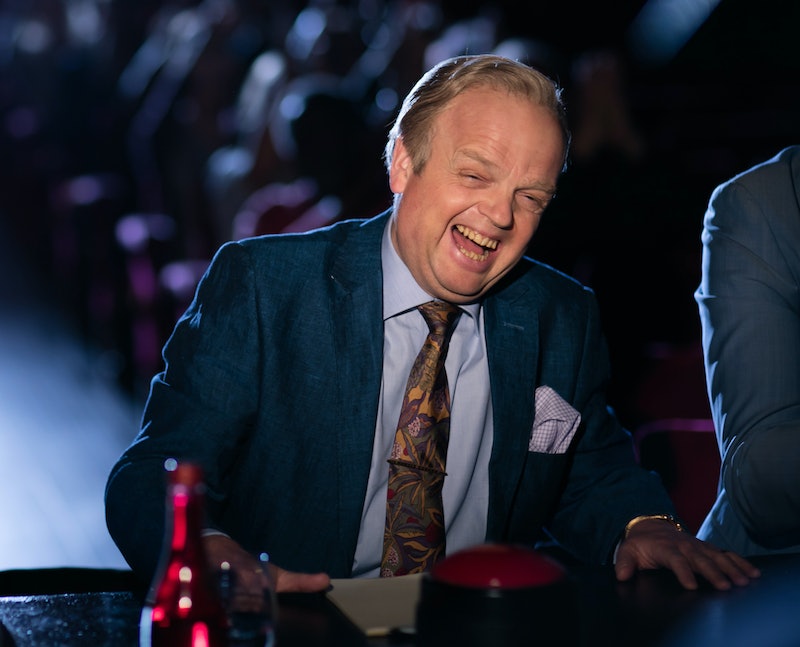 Sherlock Holmes has faced some nefarious characters before. But the Jan. 8 episode of Sherlock introduced a sociopathic billionaire whose urge to kill stands apart from a need for money, power, or revenge. In "The Lying Detective," Culverton Smith tries to kill Sherlock Holmes, just for fun. But the detective is not only able to expose the man as a serial killer, he's also able to reconnect with John after Mary Watson's death opened a rift between them. Like Moriarty and Magnussen before him, Sherlock's Smith (played by Toby Jones) is adapted from the work of Arthur Conan Doyle. But who is Culverton Smith in the Sherlock Holmes books?

Culverton Smith appears in just one Arthur Conan Doyle story. "The Dying Detective" was published in 1913 and obviously inspired the title of this Sherlock episode as well. Holmes carries out a similar ruse to trap this version of Culverton Smith and keeps Watson similarly in the dark about it. In "The Dying Detective," Holmes appears to Watson to be dangerously ill. He asks his associate to fetch a Mr. Culverton Smith, the owner of a Sumatran plantation visiting London. Holmes knows of the man because he investigated the death of his nephew Victor Savage and tells Watson that Smith has experience with Tapanuli, the rare disease that's plaguing him.

Watson listens in from a hiding place while Smith and Holmes have a deathbed conversation. Satisfied that Holmes is near his end, Smith admits that he infected the detective by sending him a box containing a spring-loaded poison pin. "But you have the truth now, Holmes, and you can die with the knowledge that I killed you," Smith says in "The Lying Detective." "You knew too much of the fate of Victor Savage, so I have sent you to share it." Of course Holmes was too smart to open the package as the man expected him to and simply wrecked his body to appear sufficiently sick. Watson is witness to the confession.

In the story, Smith tries to murder Holmes to cover up the evidence of a murder he'd already committed. His motive for killing his nephew is left to the imagination. Sherlock takes Conan Doyle's creation and makes him even more detestable. The show's Culverton Smith enjoys the process of killing so much that he'll do it to pretty much anyone. He tells Sherlock that he likes "turning people into things." He has so many murders to confess that Lestrade has to postpone the rest of his interview for another day.

Co-showrunner Steven Moffat teased the show's version of this literary villain at San Diego Comic Con this summer. Sherlock introduced the detective's most famous nemesis in Season 1, committing itself to progressively raising the stakes with every subsequent baddie. In Season 4, that means a remorseless serial killer who preys on the sick. According to Den Of Geek, Moffat said:

"He’s the darkest villain we’ve had. There was always something charming and engaging about Moriarty. There was something fascinating and actually amoral, rather than immoral, about Charles Augustus Magnussen. This guy is the purest evil. Sherlock is actually appalled by him."

They have different motives and crimes, but both the book and the Sherlock version of Culverton Smith make the rookie mistake of underestimating Britain's only consulting detective.