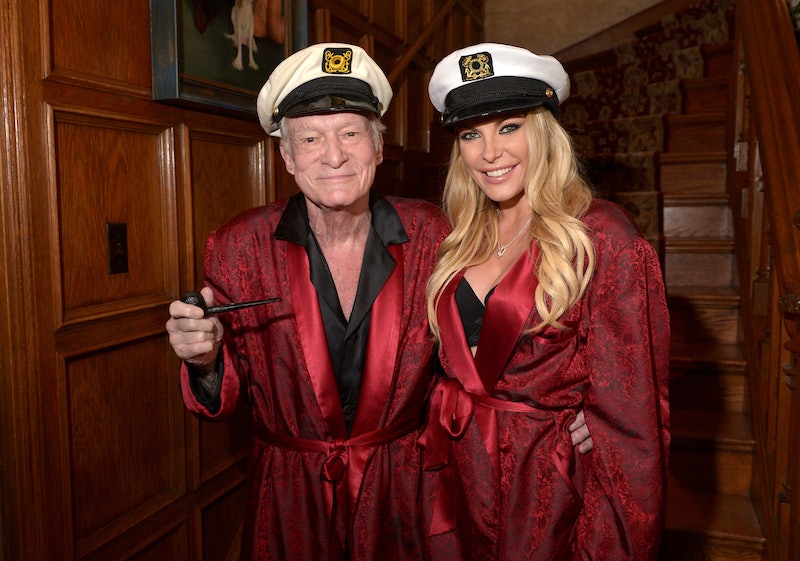 On Wednesday night it was announced that Playboy creator Hugh Hefner had died of natural causes. He was 91 years old. His legacy, problematic in many respects, lives on through the magazine, but now that Hefner has passed, what happens to Playboy?

In 1953, a 27-year-old Hefner published the first issue of Playboy with Marilyn Monroe on the cover and would oversee the publication until 1982. That's when he passed the reins of the company over to his daughter Christie Hefner, who became chief executive of Playboy Enterprises. Christie would hold that job for more than 20 years until she announced she was resigning from the company to seek non-profit work.

Hefner, who was still listed as the editor in chief of the magazine, reportedly signed off on this this change. Even in his later years, he was still active in the editorial process of the magazine. In 2011 he told The Hollywood Reporter, "I pick all the covers, pick all the Playmates, pick all the pictorials, edit the letters, party jokes, cartoons, approve all the layouts." But Flanders would end up being replaced by CEO Ben Kohn in 2016.

Even though, Hefner was no longer in charge of the magazine, he would always be the face behind the Playboy brand. That was what he preferred anyway, telling THR, "The business end of business has never interested me." But Hefner wanted Playboy to be a family business, which is why, in 2016, he stepped down and gave his youngest son Cooper Hefner the position of chief creative officer at Playboy Enterprises.

Cooper, who has been nicknamed the "Prince Of Playboy," announced earlier this year that Playboy would once again feature nudes, tweeting, that "nudity was never the problem because nudity isn't a problem." He wrote that the pinups and spreads of the old Playboy were "dated," but "today we're taking our identity back and reclaiming who we are." The March/April 2017 issue even featured the headline, "Naked is the new normal."

"There was a lack of understanding of who we are," Cooper would tell The Hollywood Reporter in August. "Nudity hadn't been the problem — it was how it'd been presented."

Dick Rosenzweig, who'd been a board member with Playboy for 59 years, told The Hollywood Reporter that he thought Cooper could help gear the magazine towards a new generation. "His father, when he started — the business succeeded because he found a way to uniquely speak to the young men of that time," he said. "Cooper recognizes his father's intent, and he has a feeling for going about it as well — in his own way."

Even though Playboy is finding its new identity — when it returned to publishing nude images, Cooper's fiancee, actress Scarlett Byrne from The Vampire Diaries posed and wrote an essay about why it was a feminist decision for her to appear nude in the magazine — it's unlikely that Hefner won't continue to inspire whatever direction the magazine takes.

In a statement released after Hefner's death, Cooper said that his father should be remembered for living an,

"...exceptional and impactful life as a media and cultural pioneer and a leading voice behind some of the most significant social and cultural movements of our time in advocating free speech, civil rights and sexual freedom."

Cooper said his dad "defined a lifestyle and ethos that lie at the heart of the Playboy brand, one of the most recognizable and enduring in history." Now, Cooper is trying to make sure Playboy endures long after his father.