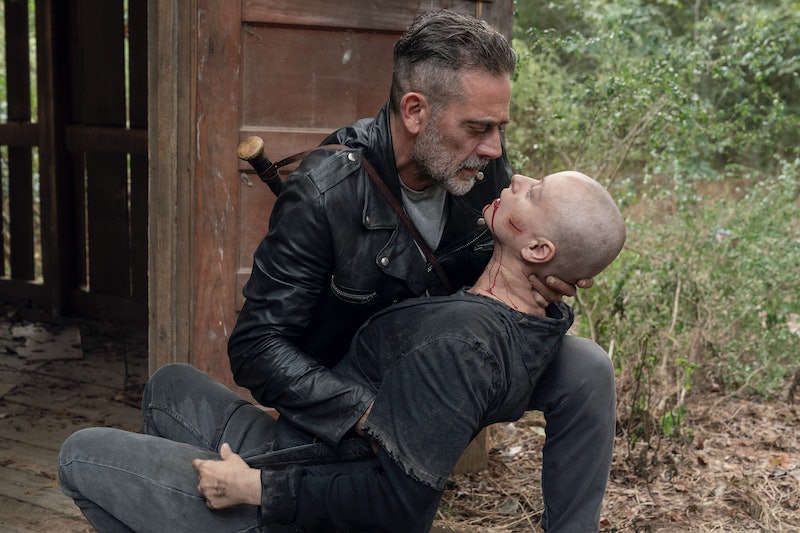 Alpha’s death may have been a long time coming, but that didn’t make the moment any less enjoyable for Walking Dead fans who were eager to see another villain’s reign of terror come to an end. But as savory as her demise may have been — and at the hand of Negan, no less — her avid followers could still pose a significant threat in the days to come, given what happens to the Whisperers in The Walking Dead comics. Their leader may be gone, but that doesn’t mean the war has been officially won.

The Walking Dead series has never been afraid to take some liberties with its source material, so however the rest of the season plays out, it’ll contain at least a few key differences from its comic book counterpart. For starters, in the comics the attack at Hilltop happened after Alpha’s death, not before, and was led by Beta. This could mean that Beta will opt to set his sights on Alexandria instead out of revenge for his former leader’s demise. Alexandria does come under attack in the comics later on, so this would just move up the timeline for that. That battle also results in Andrea’s death, who was still alive up until that point in the comics and served as Rick Grimes’ romantic love interest.

Whether or not her death will be substituted for another prominent character remains to be seen, but if Michonne just so happens to show up around that time, you may want to start panicking that a grim exit could be in her future.

As for the fate of Alexandria, once Negan returns to Rick (who again, is still around in the comics) and lays Alpha’s head at his feet, the two of them team up to bring the reign of the Whisperers and their horde to an end. The same result could come to fruition between Negan and Carol, who have apparently had a secret alliance for most of the season. (It’s like they say, keep your friends close and your enemies closer.)

In the comics, Carol died long before the Whisperers ever came into the picture, so it’s difficult to know how exactly her team up with Negan will play out, especially given her decrease in popularity over the last several weeks. Will Hilltop and Alexandria be grateful for this long con she’s been pulling with Negan or resent her for keeping the rest of them completely in the dark? Only time will tell, but if Carol is to follow in Rick’s shoes, she and Negan could be the key to making the Whisperers silent once and for all.