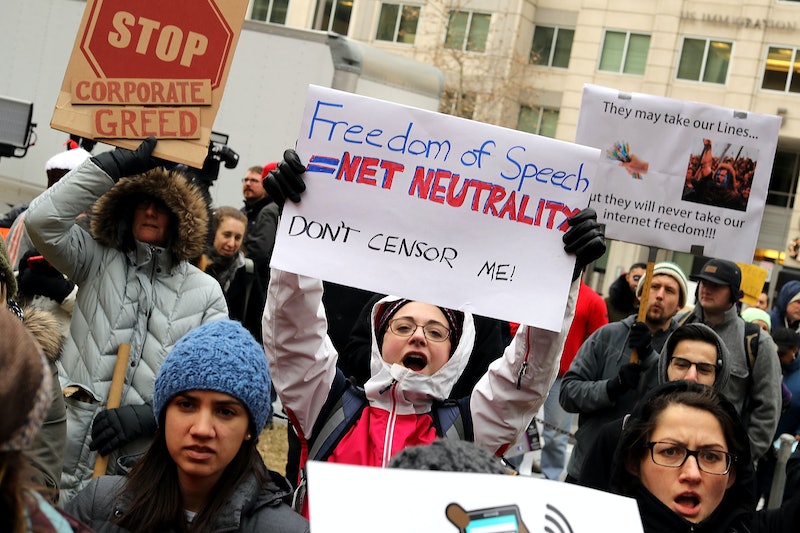 The Senate struck a major blow in favor of net neutrality on Wednesday. Senators voted to reverse the Federal Communications Commission's action against Obama-era net neutrality rules, and while it's an occasion that will surely be hailed by opponents of the FCC's move last year, it does raise a forward-looking question ― what happens with net neutrality next? Are the rules actually likely to be saved?

The answer is that while things are still uncertain, the prospects for the net neutrality rules being saved are not good, despite the Senate just having voting to do so. That's because Wednesday's vote is not the final chapter in this legislative battle. Now, net neutrality is headed to the House of Representatives, and there, its fate looks far worse than it did in the Senate.

While the GOP controls the Senate by just one vote ― and that advantage was cancelled out by Maine senator Susan Collins breaking ranks and joining the Democrats ― it currently holds a 42-seat advantage, amid seven more vacancies due to resignations or deaths. In short, with the Republican Party firmly in control of the House, at least until the 2018 midterms and maybe even after that, it's massively unlikely that they'll make any moves on net neutrality in the near future.

Furthermore, even if a restoration of the net neutrality rules were to pass the House ― which again, would almost certainly require the Democrats reclaiming the House in the coming fall midterms ― it'd still take a signature from President Donald Trump, perhaps the last and strongest backstop in support of the FCC's changes, which are also supported by the telecom industry.

In short, Wednesday's vote may have more symbolic resonance than practical effect, although it does help lay the groundwork for what the Democrats might do if put back into power following the midterms, and beyond that, the 2020 general election. For months, the Democrats have been banking on a big midterm season, and those hopes have been bolstered by a string of liberal and left-wing victories in both state and federal elections.

There are also historical reasons to think that the 2018 midterms could be positive for the Democrats. Typically, the president's party loses seats in the first midterm cycle following their election ― the same thing happened to former president Barack Obama in 2010, with the Democrats taking devastating losses which he characterized as a "shellacking."

Specifically, in 2010 the Democrats lost a staggering 63 seats in the House, the biggest loss for a president's party in a midterm election since 1938. The Democratic Party has not had a House majority since those 2010 midterms, although it did hold control of the Senate as recently as 2015.

The unique nature of House races, however, makes huge gains possible every two years ― every single seat in the country is up at the same time, because House representatives only serve two-year terms. That, in a nutshell, is the best hope for this net neutrality challenge to make it out of the House, although it only sets up yet another obstacle in the form of Trump himself, who has given no indication he'd ever buck his party's opposition.

It's worth noting that despite the sharp partisan divide in Washington, net neutrality is an overwhelmingly popular idea with the American public, on a level rarely seen in modern, hyper-polarized politics. Specifically, a whopping 83 percent of voters supported net neutrality as of December of last year, including 75 percent of Republicans. Clearly, however, that hasn't moved the needle when it comes to the voting habits of Republican members of congress.