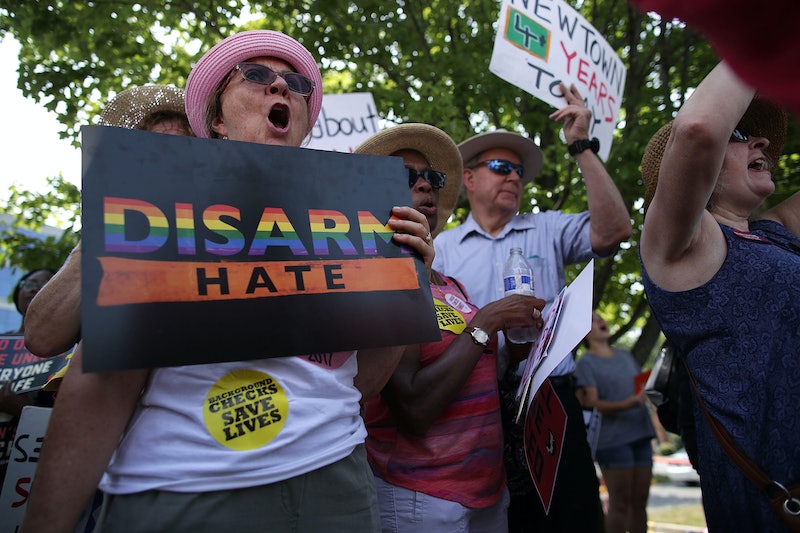 Democratic Senator Dianne Feinstein introduced legislation on Wednesday that would ban “bump stocks” — devices that enable a gunman to fire bullets rapidly, turning semi-automatic weapons into automatic, CNN reported. Twelve of the rifles found in the hotel room of Stephen Paddock, the gunman in the mass shooting in Las Vegas, were modified with bump stocks, according to the New York Times.

She went on to explain that the United States has strict laws on automatic weapons, including a provision to the Firearm Owners' Protection Act from 1986 that bars any new automatic weapons from civilians. However, bump stocks being available to the public completely circumvents these regulations.

She mentioned this legislation was part of the last assault weapons bill she co-sponsored with Connecticut Sen. Chris Murphy in 2013. Murphy held office during the Sandy Hook Elementary massacre in 2012. The bill was defeated in the Senate. But, this time, Feinstein, joined by Sen. Richard Blumenthal and Sen. Bernie Sanders, doesn't see this as a conflict between Republicans and Democrats. "Closing this loophole actually should not be a partisan or political issue," she said. "There's been broad agreement for decades that automatic weapons should not be legal."

In fact, Fox News contributor, Marc Thiessen, tweeted on Wednesday that NRA members he follows were in favor of Feinstein's proposed ban, and he called on Republicans in Congress to show their support. "My twitter feed is filled with NRA members saying they agree on bump stock ban," he wrote. "Time for Congressional Republicans to lead on this."

The Trump administration's refrain since the mass shooting has been that now is not the time to discuss gun regulation. “There will certainly be a time for that policy discussion to take place, but that’s not the place that we’re in at this moment," White House press secretary Sarah Huckabee Sanders said on Monday, the Washington Post reported.

"When is the time going to be there?" Feinstein asked at the press conference. “There is no better way to honor the 59 people who were slaughtered than to take action to prevent this from happening yet again. If not, when will we ever do it?"

This latest mass shooting is the second of it's kind in less than two years. Last June, 49 people were killed and 53 injured in a shooting at Pulse nightclub in Orlando, Florida. As of October 2, there have been 273 mass shootings so far in 2017, according to data from the Gun Violence Archive. Feinstein expressed her frustration with the government's lack of action following so many shootings of this magnitude.

"I hope Senators will finally summon the political courage to stand up and say 'enough is enough,'" Feinstein concluded her address. "It is really time for action. We cannot do nothing."