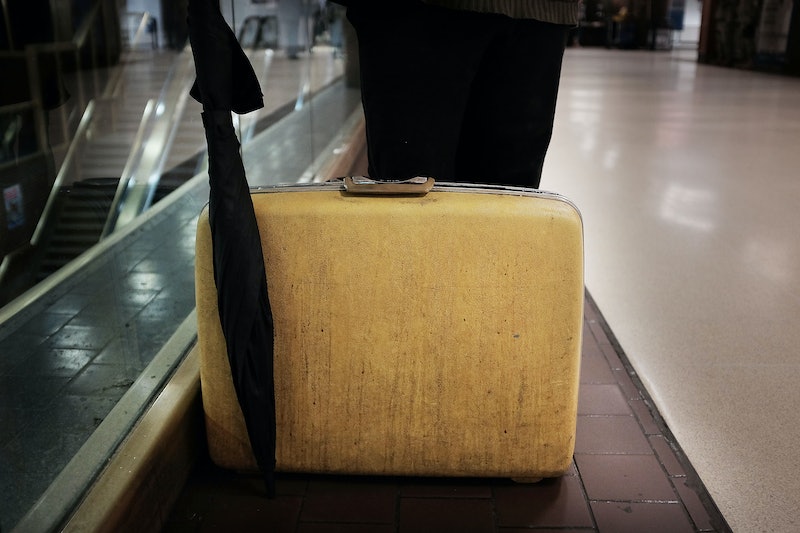 The recent news coming out of North Korea is more than enough to frighten Americans. Although there's probably no need for widespread alarm just yet, the threat of an attack — potentially, a nuclear one — from the recluse nation has inevitably caused unease. As Americans brace for a potential attack, a "go bag" makes preparing for a North Korean attack much easier.

Simply put, a go bag is a bag, suitcase, or kit that you can quickly grab and take with you during an emergency situation. People often prepare go bags when severe weather or a natural disaster is in the forecast, such as a hurricane or a forest fire. The idea is simple: When evacuation becomes imminent, it's best to have your bags already packed.

If you're wondering what to pack in advance of an attack, consider the essentials. The New York Times recommends basics like water, portable lighting, a radio, an emergency whistle, first aid items, and several days' worth of food. It's also important to consider whom you're packing for. If there's a pet in the household, be sure to pack his or her essentials, as well. Of course, the nuclear threat from North Korea means that there may be more materials to consider than food and water.

In Hawaii, for instance, authorities are reportedly preparing emergency alert systems. Should North Korea attempt to strike the chain of islands, Hawaii residents would reportedly have just 15 to 20 minutes to respond. That time should likely be spent finding appropriate shelter from nuclear radiation, rather than packing sandwiches and dried fruit, which could have been prepared ahead of time in a go bag. To maximize the amount of time you have to respond to an attack, be sure to subscribe to any emergency alert systems in your locality.

In fact, shelter, too, has become an increasingly popular commodity in the wake of North Korea's threats. According to Fox News, more and more people in North Korea's potential path are investing in bunkers. Bunkers are designed to withstand nuclear attacks and hold plenty of resources, such as a year's worth of food per resident.

Ultimately, it's too soon to tell if there's really cause for concern when it comes to North Korea's threats, particularly for those living on the U.S. mainland. North Korea has threatened to attack Guam, a small island territory located in the Pacific, and it's not clear that North Korea's weaponry can currently reach the continental United States. What's more, President Trump has stepped up his rhetoric in recent days, and U.S. military defense systems are ever at the ready. If you are going to prepare, be sure to check with emergency response experts, such as the Red Cross or FEMA, to determine what to pack in your pre-nuclear attack go bag.