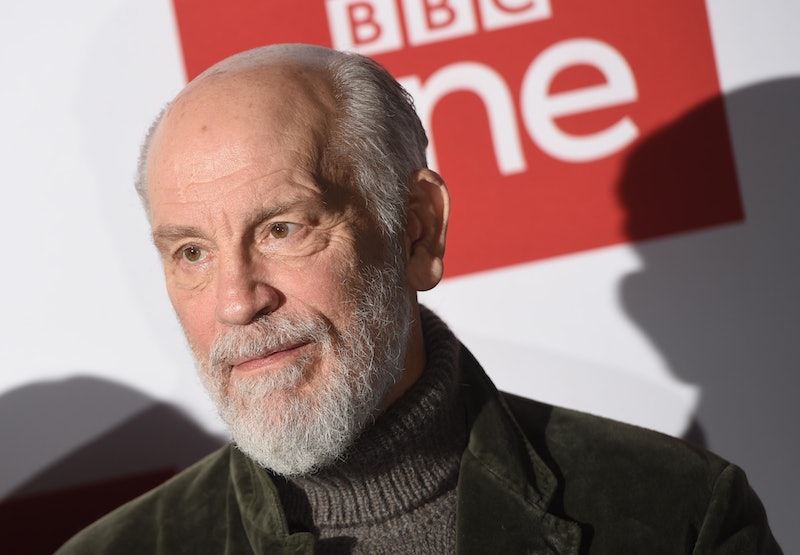 It has been 15 months since the dozens allegations of sexual misconduct were first made against Harvey Weinstein. The producer has "unequivocally denied" accusations of non-consensual sex and called the claims "patently false," as the BBC reports, but the conversation around consent and power is showing no signs of disappearing. Playwright David Mamet has written and directed a play inspired by the events, the BBC reports, with the incomparable John Malkovich taking on the lead role. So, what is Bitter Wheat about?

While speaking to the BBC, Malkovich described Bitter Wheat as "a black farce about a very badly behaved media mogul." The play focuses on Barney Fein, a fictional Hollywood producer who is experiencing a substantial fall from grace. Bitter Wheat is a work of fiction, and Malkovich claimed that the events of the real-life producer's life were simply a "starting point" for the play, which is a "reaction to all the news that came out last year" and the allegations that began to arise in 2017.

Although Mamet's story will forge its own path, it seems the scandal and subsequent fallout of #MeToo will remain at forefront of Bitter Wheat, which will be performed at London's Garrick Theatre. The play is set to "pop the pustules of bitter corruption with bitter humour," as Culture Whisper puts it.

"A lot of people will laugh. A lot of comedy exists at the crossroads between pain and farce. In the end that's what theatre is for. A lot of great plays, done well, elicit the question do I laugh or do I cry?"

The actors expressed to the BBC that Bitter Wheat has the potential to upset those "who've experienced the kind of treatment the play contains and the show describes." Malkovich said: "A lot of people may not like it... Personally, I think it's a terrific piece of writing."

Bitter Wheat marks Malkovich's first theatre role in almost 30 years, according to Variety. The last time the actor appeared onstage was in 1987 in Broadway's Burn This, the List reports. Bitter Wheat must be worth taking notice of, then, if it's inspired Malkovich to return to stage after such a long absence.

Speaking to the BBC about Weinstein, Malkovich said that he "didn't really have any connection" with the producer. The ABC Murders actor also revealed that, although people believe "everyone in Hollywood" knew of Weinstein's conduct, for him, "it was never a topic of conversation any time the name Harvey Weinstein came around with [him]."

When asked whether Weinstein could ever work in Hollywood again, Malkovich told the BBC he was skeptical, but he did not rule it out entirely. "It seems a long trip from where I'm sitting now, but nothing would surprise me about the movie business, nothing," he explained. The actor continued:

"One of the foundations of society is the notion of redemption. It's a very tough topic. Could he be forgiven? That's not up to me. He didn't do anything to me. That's up to the individuals whose lives he affected."

Bitter Wheat will run at the Garrick Theatre from 7 June to 14 Sept. Tickets are available here.