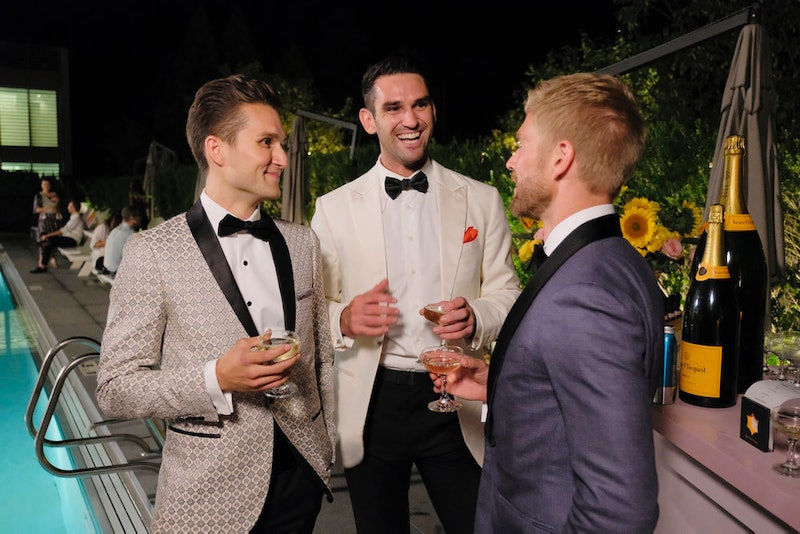 There's a reason why many reality show contestants have to quit their jobs in order to be on a reality show — depending on the program, not many companies want a representative to be participating in things like drunken debauchery, screaming fights, eating slugs, etc. That's fair! Carl Radke from Summer House had a job during his tenure on the show, but he got fired in 2018 not because he was on the show but because he didn't meet his quotas at his sales job. It's been almost a year since the last season of Summer House was filmed, so what is Carl's job now, in 2019?

It is definitely demoralizing to get let go from a job, and Carl felt it, hard. As fans have seen on the show, Carl and Paige were having a little summer fling thing, but Carl definitely backed away a bit (in the city at least) after he got fired — he didn't want to take a girl out if he was a fired idiot. He also had to, you know, look for a new role.

According to his LinkedIn, Carl graduated in 2007 from Syracuse University with a Bachelor of Science (B.S.) Field Of StudyRadio, Television, and Digital Communication. This took him into a variety of roles, but the one he got let go from was Yotpo, which Carl's LinkedIn describes as "a platform that helps online businesses acquire, convert, retain, and understand customers through user-generated content." What a word salad! Ultimately, Carl didn't hit his sales quotas with the company, and he was sent packing on the LIRR out to the Hamptons.

But there's hope — in October 2018, Carl's LinkedIn says he started a job with Spotfund as a Senior Adviser. It is "a mobile nonprofit fundraising platform designed specifically for brands, influencers and publishers." On an appearance on Watch What Happens Live, Carl explained to Andy Cohen more about his job. "I'm currently working for Spotfund," he said. "It's a social impact company. It's basically like GoFundMe but for non-profits. Things are going well. I got a job!"

Carl's new role at Spotfund isn't his only gig. Along with Fashion Institute Of Technology professor Dalia Strum, Carl co-hosts the One Question XYZ podcast. On it, according to the podcast's website, Carl and Dalia "speak with some of today’s most relevant and interesting companies about best practices, personal insights from their own success stories (and failures), behind-the-scenes tips, and so much more." It sounds like something informative for all of us, honestly, and it's using Carl's charisma and knowledge from his many roles to better everyone around him. That's a win right there.

Carl's new roles sound like a much better match for him than regular old sales gig and it's nice to know that he's landed on his feet. Losing a job is a really destabilizing thing in a person's life, but it seems like Carl is going to back in Summer House next year and better than ever — and with a great new job.

More like this
Which RHODubai Housewife Has The Biggest Net Worth?
By Hugh McIntyre
Chrishell Stause & G Flip Have “No Rules Or Regulations” In Their Relationship
By Brad Witter
How To Follow 'Love Island's Casa Amor Contestants
By Sophie McEvoy
Joey Essex's Net Worth Is Not What You Expect
By Sam Ramsden
Get Even More From Bustle — Sign Up For The Newsletter