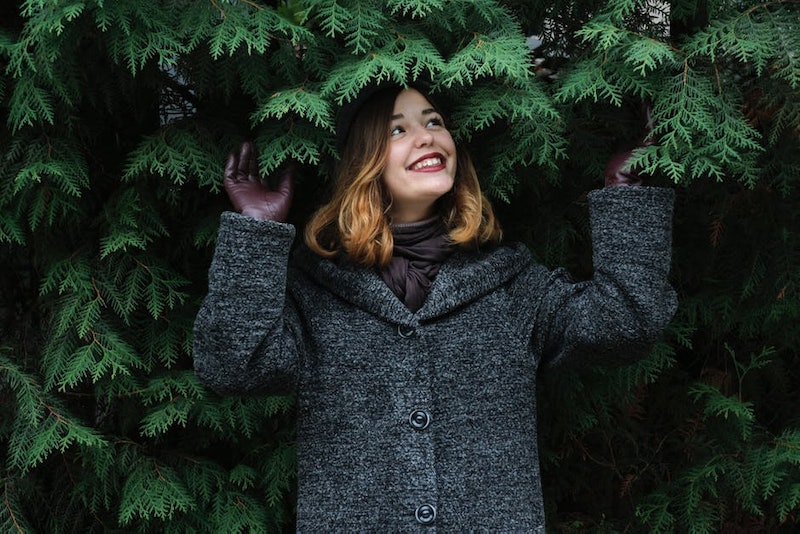 “Christmas creep” has increasingly been a problem in recent years, but 2017 might well be the year we finally stop in its tracks. What is Christmas creep, exactly? Oh, you know it when you see it… but this year, it might not be as easy to spot in the wild: One of the biggest retailers out there — Target — has put the kibosh on Christmas creep this year, and I wouldn’t be surprised if more followed suit. For the 2017 holiday season, Christmas displays won’t go up at the entrances of Target stores until after Thanksgiving — not before (sometimes way before), as has hitherto been the trend.

The Target news began to circulate earlier this week, with the reason for the change being cited as wanting to give Thanksgiving its moment in the sun. “They want us to pause, and be really intentional and recognize Thanksgiving,” Target Chief Marketing Officer Rick Gomez said according to the Associated Press. “What they don’t want us to do is go right into Christmas. So, we are going to respect that.” However, it’s worth noting that it isn’t that Christmas displays won’t be going up at all until after the Day of the Turkey has come and gone; it’s just the stuff around the entrances of each location. “The change for this year is only to the signing we place at the front entrances of our stores,” a Target spokeswoman said to NBC News.

So maybe Christmas creep isn’t going away after all — although it might be a little less pervasive. Which, as they say, isn’t nothing. And, I mean, given that I started seeing headlines for holiday gift guides splashed across the internet before Halloween this year, it’s actually something.

How, though, should we truly define Christmas creep? Let us investigate, for in order to dismantle it, we first must understand it.

The top result on Urban Dictionary for “Christmas creep” is the most straightforward: The term describes the “phenomenon where the Christmas season starts earlier and earlier each year.” This is accurate, but I feel it fails to communicate so much about what Christmas creep really is. Wiktionary’s definition is better, calling it, “the inexorable tendency for the commercial aspects of Christmas to appear earlier every year”; A+ usage of “inexorable,” which tells us something about how futile it can feel to try to fight Christmas creep.

TV Tropes offers by far the most detailed definition; reading more like an encyclopedia entry, it takes us through the history of Christmas creep, beginning in the ‘80s and traveling up through the present. But I feel it’s really the third Urban Dictionary search result that truly encapsulates the spirit of Christmas creep. It reads as follows:

“[The] universally hated, market-driven phenomenon that, if left unchecked, will eventually culminate in an uninterrupted decade of concatenated carol medleys, closely followed by a glorious moment of frantic arson destroying every Christmatastasized mall in America.”

Basically, Christmas creep is likely to be the source of our own destruction — the tool by which we will finally find ourselves thrust into a dystopian future, and which may only be resolved by burning it all to the ground.

(Alternatively, proposes the author of this definition,“ Christmas creep” may refer to “any one of the marketing executives responsible for it.” Which is fair.)

For what it’s worth, Christmas creep may also be referred to as “holiday creep,” which allows the phenomenon to encompass any and all holidays that occur during the winter months (reminder: Christmas is not the only holiday people celebrate. Related: there is no actual war on Christmas); however — and I say this as someone who does, in fact, celebrate Christmas and who generally quite likes the month of December — let’s face it: Christmas is far and away the most in-your-face and obnoxious of all the winter holidays. Infact, I stand by what I wrote about Christmas two years ago in reference to comedy due Soren & Jolles’ hilarious “If Christmas and Chanukah Were People” video:

“Christmas is that friend who's constantly one-upping everyone. Christmas has to be the best at everything, whether it's decorating her cubicle at work or gossiping in the break room. Christmas has a lot of self-confidence, but she's also oblivious and self-centered — she assumes that because she thinks she's the best, everyone else thinks she's the best, too. If she comes to visit, she stays for way too long and doesn't usually take the hint when it's time for her to go. She appears to be incapable of acknowledging that a world outside of her own bubble exists, and while she's not consciously mean-spirited, her willful blindness is harmful nonetheless.”

We all know a person like Christmas. And we all know that Christmas is exactly like that person. If Christmas and this person were represented in a graph, it would be one of those depictions that that just features the two words joined by two arrows, forever forcing us to travel back and forth between them until we collapse from a surfeit of jingle bells and evergreens.

Interestingly, although the conversation surrounding Christmas creep has certainly expanded in recent years, the phenomenon itself has been around for decades. An article in the LA Times from 1986, for example, used the early appearance of a holiday-themed Cinnamon Toast Crunch mascot, Santabear, as a springboard for a discussion on the matter; “despite Santabear’s lovable nature,” wrote staff writer Martha Groves, “its September entrance is a symptom of what many view as an unfortunate trend: Christmas creep.”

Even earlier, though, is this: The Peanuts special It’s The Easter Beagle, Charlie Brown!, which originally aired in April — April! — of 1974 features a scene in which the gang head to a store in preparation for their Easter festivities and find that the Christmas displays have already gone up, along with a sign reading, “ONLY 246 DAYS UNTIL XMAS.” How’s that for some biting commentary?

So, for all the attention it has received in recent years, it seems that Christmas creep isn’t a new phenomenon — which means that it might be harder to combat than we might think. However, keeping it a little further upstage for November before hitting it with the spotlight might make it easier. Heck, it might even be exact the balance we need — it enables us to get a head start on shopping we might want to do earlier, without forcing the holiday down our throats too soon.

I will, however, take a Gingerbread Latte as soon as I can get one, even if it’s long before December. Those things are delicious.

More like this
69 Great Gifts For Guys No Matter What Their Hobbies Are
By Teresa Newsome, Mia Mercado and Brittany Leitner
7 Joyful Alternatives To A Traditional Holiday Celebration
By Jessica Goodman
21 Absolutely Adorable Christmas Gifts For Dogs
By Carolyn Steber
20 Christmas Movie Quotes That'll Get You In The Holiday Spirit
By Alexis Morillo
Get Even More From Bustle — Sign Up For The Newsletter