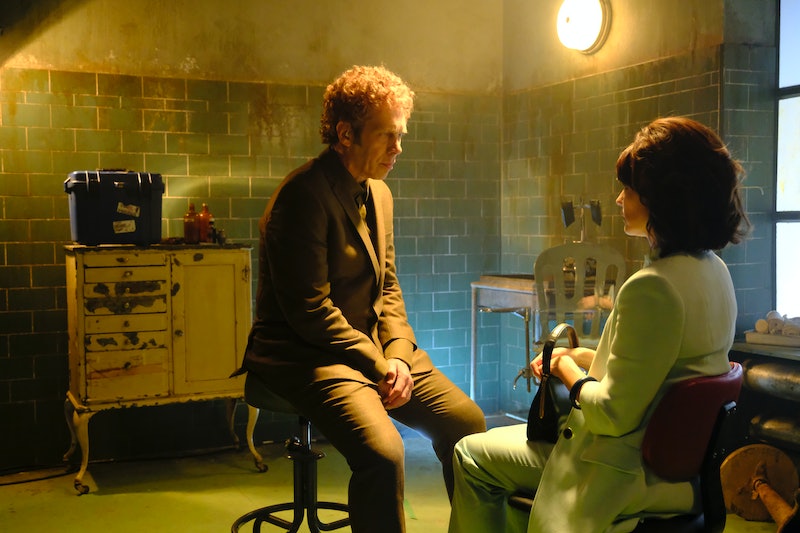 The characters of Legion would have enough on their plate if all they had to worry about was trying to figure out David Haller's jumbled up mind. However, in addition to having to save David from the presence of The Devil With Yellow Eyes and The World's Angriest Boy, the cast of Legion is also in a battle for David with Division 3. However, it's not entirely clear what Division 3 is planning to do with David, or how they intend to get their hands on him other than kidnapping his sister. Whatever Division 3 is doing, it's clear that Melanie Bird is very, very worried about their motives.

Division 3 had their hands on David briefly, holding him in their care for most of the pilot episode. However, since David was rescued by Syd and a band of fellow mutants, Division 3 has taken an alternate approach to trying to capture David — by going through his sister. Amy Haller's kidnapping forces Melanie Bird and her band of mutants to speed up their process, as Bird claims that they are not only at war but that they are losing. But what is the war? What could Division 3 possibly want with David? Here are a few theories as to what Division 3's true intentions are

They Want To "Turn Him Off"

Division 3 tells Amy Haller that the reason they need to get David is because they believe they can "turn him off." Whether this means removing him of his powers or killing him altogether, it's possible that Division 3 sees David Haller as the human equivalent of a nuclear warhead and seeks to eliminate the threat through any available means. Perhaps if they had figured out a non-violent way to take David's powers away from him, things wouldn't have escalated nearly this far.

They Want To Weaponize Him

Everyone seems to have their own interests in David, but at least Melanie Bird was upfront enough to admit she was going to "use him." Melanie helped explain that by getting David's powers under control he would feel better and stop hearing the constant flurry of voices in his own head. And, in exchange for helping, he would help Melanie eliminate the threat of Division 3. It's possible that Division 3 also wants to harness David's powers, but they're far less polite about it.

To say that the narrative of Legion is unreliable is a massive understatement. It's still not clear what is real and what isn't, and chances are at some point the audience will have the rug pulled out from under them with some massive Mr. Robot-style reality bending twist. Maybe the twist here is that Melanie Bird and Syd Barrett aren't actually the good guys after all. Perhaps David's mind has tricked him into seeing Division 3 as a bunch of bad guys when really it's the mutants of Summerland that have dark, evil motives.

Legion is going to have to give audiences answers eventually, but it doesn't seem to be in any rush to start answering the questions it has asked in the first half of its freshman season. Division 3 may be evil, or they may be good, but either way it doesn't look like they're planning on throwing David a picnic or a tea party when the get him, and have plans that they're not telling anyone about. Division 3 is going to catch up to David Haller, and until then we can only guess as to what will happen.