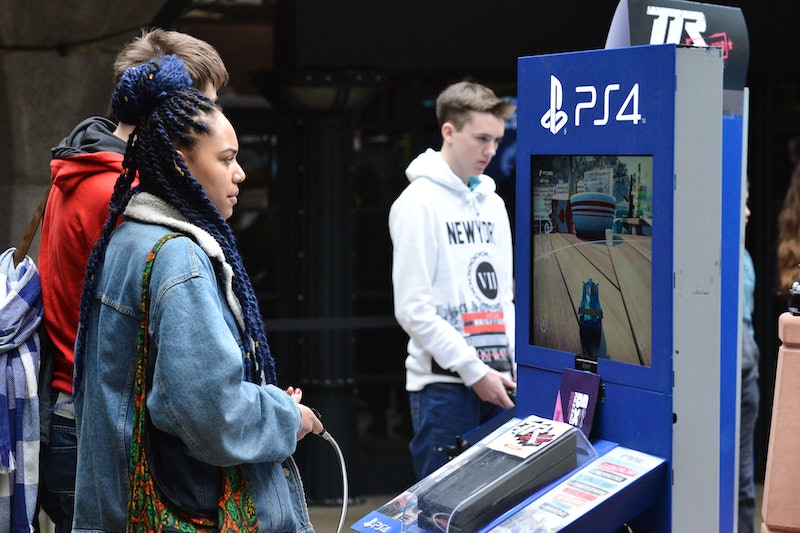 From San Diego Comic-Con to E3, the United States has its fair share of conventions that are a staple among gamers and pop culture fans alike. But to visit these events as a UK fan can often be very expensive when you factor in hotels and flights. Thankfully, the UK is blessed with similar conventions throughout the year, and our equivalent to E3 is fast approaching. But what is EGX, and what can you expect for this year's line-up?

Previously called Eurogamer Expo, EGX is an annual gaming event that takes place in the UK and Germany. Held in Berlin in April, the convention will be making its way to London's ExCel Center this October. Running over four days, attendees will be able to experience demos of upcoming games and watch plenty of esports (basically a sporting event, but for gaming), while meeting your fave content creators and the brains behind 2019's biggest (and smallest) releases.

Those releases will most likely get their time to shine through trailers and gameplay walkthroughs like E3 as well, so be on the lookout through EGX's social media for the run-up to the event to know which games will be featured. And seeing as Nintendo's Switch Lite is out in September and the new Pokémon games will be released in November, it's a pretty sure shot that they'll be featured in some way or another at the event.

But if you're more focused on starting a career in the gaming industry, EGX is a fantastic opportunity to get your name out there and learn about what jobs are available. There will be panels, sessions, and Q&A's with industry experts, alongside a careers fair and bar where you'll be able to meet with employers and network with those who work in the industry.

And for all you cosplayers out there, this is yet another opportunity for you to flex your passion and skills. As their site notes, EGX's Cosplay Zone "runs on all four days of the event and features masquerades with fantastic prizes, workshops offering advice to those looking to improve their cosplay skills, and stage presentations by expert cosplayers."

With all that (and more) in mind, you're probably expecting a pretty high ticket price. Well, it's surprisingly pretty reasonable. To experience the full four days of the convention, the Super Pass costs £75. This ticket includes early entry for the entire run, which also comes with goodies like a lanyard and tote bag, along with "access to the after-hours area on Thursday-Saturday."

For single tickets, it depends on how much time you want to spend at EGX. If you're looking to spend the whole day there, the Day ticket is obviously your best bet at £22. There's also an Early Entry option available at £24, but they're currently sold out. If you're busy in the morning or want to spend a shorter amount of time there, Afternoon tickets cost £15.

These prices are hiked up a tiny bit over the weekend days, and there is also the opportunity to visit the Outside Xbox & Outsite Xtra Oxventure event on Friday and Saturday, but you'll need an EGX ticket for the day you're planning on attending.

So if EGX sounds like absolute gaming heaven to you, get on those tickets quick because they're selling out fast.