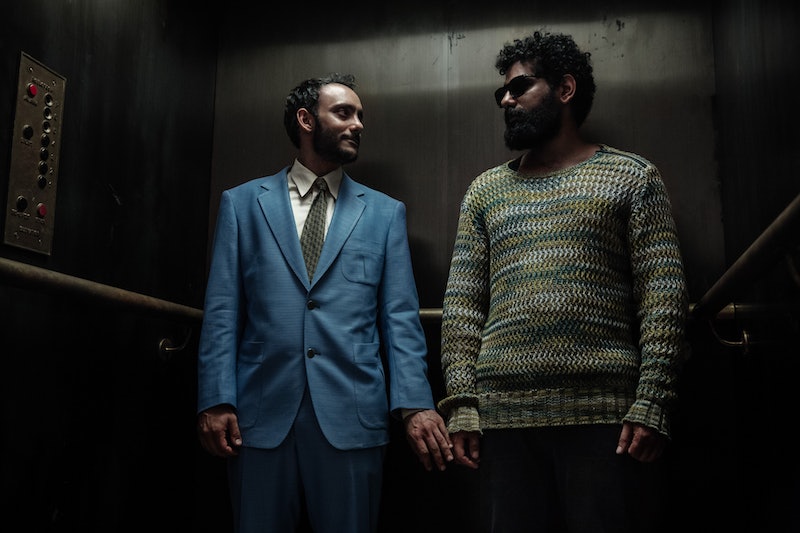 American Gods has no shortage of supernatural beings roaming around, and especially fiery one introduced themselves in the show's May 14 episode The Jinn (Mousa Kraish) made a brief appearance walking by Shadow in Episode 2 of the series, but has a longer arc in Episode 3, providing comfort to a struggling businessman in need of an escape. The Jinn's fiery eyes reveal that he's an Ifrit, a specific and very powerful creature. Knowing what an Ifrit is isn't necessary to understanding the American Gods character. But as the show argues, not being familiar with the Old Gods such as the Ifrit is exactly why the Old Gods are dying out.

The Ifrit certainly isn't doing well, and isn't the powerful wish-granting figure that most Jinn, or "genies" as they are commonly known in Western Civilization, are assumed to be. He tells one of his taxi passengers in the American Gods novel that if he had the ability to grant wishes, he certainly wouldn't be stuck being a taxi driver. However, by the end of his encounter with the down on-his-luck Salim (Omid Abtahi) it does seem that the Ifrit is able to grant a few wishes with his reduced power.

The Encyclopedia Britannica defines an Ifrit as "an enormous winged creature of smoke, either male or female, who lives underground and frequents ruins," and are best defined by their strength and cunning. Ifrits are a subset of Jinn, who are somewhere between humans and angels, born of fire. The Ifrit of American Gods isn't an exact replica of the Ifrit from Muslim mythology, instead being a Neil Gaiman spin on the idea of what an Ifrit might mean to a Muslim immigrant living in America. Gaiman is far from the first person to use his own interpretation of Ifrit in their story, but his may be the most human.

Other uses of Ifrits in have popped up in popular culture, including television shows like True Blood and Lost Girl, and video games like the Final Fantasy and Devil May Cry franchises. The major difference between adaptations in those stories as opposed to American Gods, however, is that the Ifrits are often villains or monsters. The Ifrit of American Gods is given human qualities, namely disappointment, sorrow, and desire, to fit alongside the other fallen gods that inhabit the world that Shadow finds himself in.

The Ifrit aren't universally good or evil, which is honored in American Gods by portraying an Ifrit that is neither completely helpful nor entirely bad. If anything, the Jinn of American Gods is more selfish than anything else — switching lives with a depressed cab rider so that he's not stuck driving taxis around New York.

The Jinn are a unique breed of mythological creature who don't have an especially long list of supernatural abilities or responsibilities, and instead seem to be heightened versions of human beings, complete with flaws and problems. This makes the Ifrit a perfect creature to include in American Gods to show that those gods really aren't all that different from the people who believe in them.