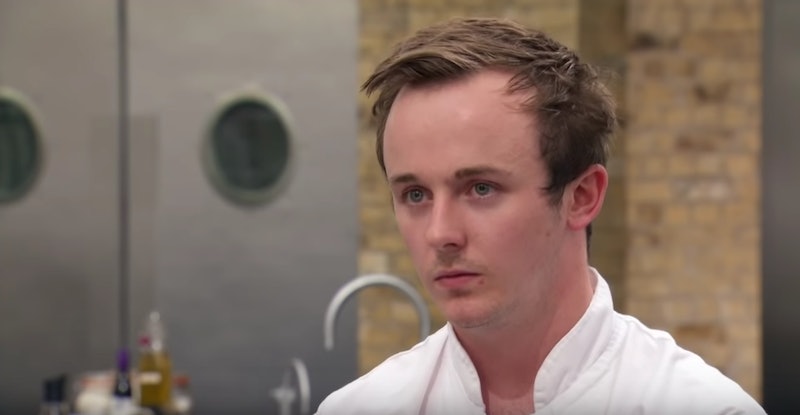 The BBC cooking competition show MasterChef: The Professionals sees the very best culinary talent from around the UK compete to be recognised as the greatest in their field. Last year the Masterchef spin-off aired its landmark tenth series, and crowned it's youngest ever winner. But what is MasterChef winner Craig Johnston doing now?

According to The Sun, since winning the show in 2017 Johnston has become the senior chef de partie at the Michelin Star restaurant, Marcus, situated in London's Belgravia — very fancy. The restaurant's website claims to "produce contemporary British food to evoke and create memories: from Marcus’s northern roots to the global influences that shape our national cuisine." So it sounds as if Johnston's time on the BBC show was most definitely worth it. Upon winning the 2017 series, Johnston told the BBC: "Wow. To be the last man standing is unbelievable. I feel like I’m dreaming — it’s a dream come true. I’ve loved absolutely every minute of it. My parents will be very proud." According to his Instagram, where he shares updates on his work and life with girlfriend, he is based between London and Maidenhead.

As previously reported, the MasterChef: The Professionals winner is the youngest ever in the show's ten year history, and was just 21 years old at the time of filming the series. And tonight a fresh batch of professional chefs will embark on their very own MasterChef journeys in a bid to impress the judges, and be crowned the 2018 winner. The 11th series of MasterChef: The Professionals kicks off this evening at 8 p.m. on BBC Two.

The schedule of the new series will continue on the same pattern next week, airing on Tuesdays, Wednesdays, and Thursdays on BBC Two, according to the Metro. And if you ever miss an episode, don't panic, because you can easily catch up on the broadcaster's catch up service, BBC iPlayer. The ever-intimidating judges critiquing the contestants' dishes this series include MasterChef veteran Gregg Wallace, New Zealand-born chef Monica Galetti, and restauranteur Marcus Wareing — who owns the restaurant in which last year's winner, Johnston, currently works.

In the first episode of the brand new series, the six competing chefs will be tasked with creating tempura squid, as well as whipping up a creative dish using cauliflower, which requires delivering a cauliflower steak with garnishes and a nut butter. But that's not all, as finally the professional contestants will have the opportunity to boast a signature dish of their own, which will hopefully carry them through to the next stage of the competition show. According to the Metro, during the remainder of the series, the chefs will face a cooking test from judge Galetti, so it appears that the competitors will not have an easy ride.

MasterChef: The Professionals is one of two MasterChef spin-off shows, the second being the celebrity edition, which was won by actor John Partridge earlier in the year. And although the Professionals edition doesn't include any famous faces, witnessing the cream of the crop create some seriously tasty dishes is certainly a thrill. I can't wait to see who shines this time around.

More like this
A BGT star & A Football Legend Have Joined The 'Strictly' 2022 Line-Up
By El Hunt and Sam Ramsden
Fans Are Convinced That 'Love Island's Gemma & Luca Have Secretly Split
By Frances Stewart
This 'Bridgerton' Polin x 'Love Island' Crossover Is Everything
By Darshita Goyal
The Love Island 2022 Reunion Drama, Explained
By Sophie McEvoy
Get The Very Best Of Bustle/UK