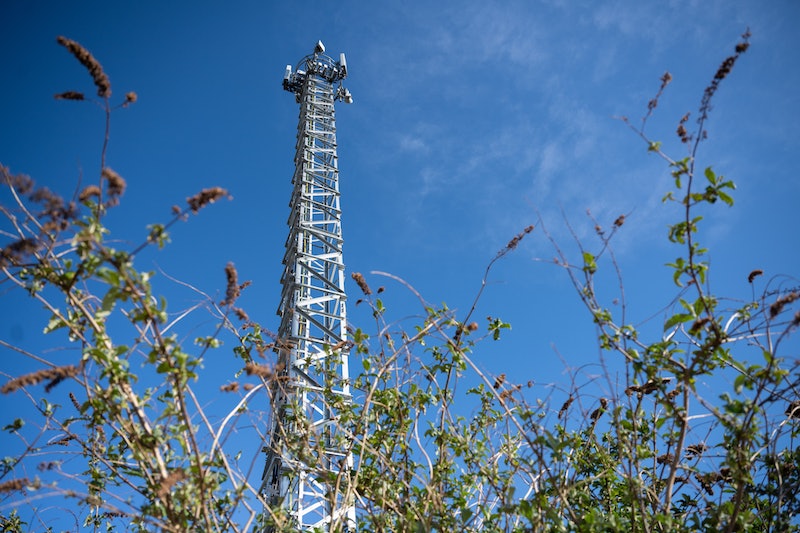 Due to the uncertainty of the COVID-19 pandemic, the internet has become a breeding ground for misinformation, fake news, scaremongering, and bogus cures, and it can feel like there’s not much you can do to about it. Stranger still is the influx of 5G coronavirus conspiracies linking wireless networks to the spread of COVID-19. The bizarre claims, powered by rogue social media groups and some high profile supporters, have led to a number of arson attacks on masts around the country, per BBC News.

Four 5G masts in Birmingham, Liverpool, and Merseyside last week (April 5) were targeted "just days after fake 'radiation' claims were made about the spread of the virus," per Birmingham Live.

The incidents prompted Vodafone UK's chief executive, Nick Jeffery to question why anyone would want to "harm the very networks that are providing essential connectivity to the emergency services, the NHS, and rest of the country during this difficult lockdown period."

Culture secretary Oliver Bowden urged social media platforms "to be more aggressive" in their response to "crackpot conspiracy theories." "We must also see social media companies acting responsibly and taking much swifter action to stop nonsense spreading on their platforms which encourages such acts," he told BBC News.

The 5G conspiracy theories have been branded "complete rubbish" and "biologically impossible" by scientists. Per the Independent, Adam Finn, professor of pediatrics at the University of Bristol, stressed that "the present epidemic is caused by a virus that is passed from one infected person to another."

"We know this to be true. We even have the virus growing in our lab, obtained from a person with the illness. Viruses and [the] electromagnetic waves that make mobile phones and internet connections work are different things. As different as chalk and cheese."

And yet misinformation about 5G has continued to populate social media feeds. Even celebrities and verified accounts have fallen prey to the bogus theory. Boxer Amir Khan came under fire when he suggested the coronavirus is "man-made to control population while 5G towers are built" on social media, per talkSport. Meanwhile, most recently, Eamonn Holmes has been criticised for comments he made about the 5G conspiracy during a segment on ITV's This Morning. After the show's consumer editor Alice Beer called the theory "not true" and "incredibly stupid," Holmes responded: "I totally agree with everything you are saying but what I don't accept is mainstream media immediately slapping that down as not true when they don't know it's not true.

"No-one should attack or damage or do anything like that, but it's very easy to say it is not true because it suits the state narrative. That's all I would say, as someone with an inquiring mind." The broadcasting watchdog Ofcom is now investigating the comments, following complaints from viewers.

It's easy to see how misinformation is spread. On Facebook there are a number of private groups dedicated to 5G coronavirus conspiracy theories, with some are even calling for global protests. One group, created on Feb. 1, increased to more than 8000 members in 30 days and sees 200 new posts per day. Worryingly, there are plenty other available groups just like this one.

YouTube and WhatsApp have also seen similar posts on their platforms. They all face the same conundrum: How do you stop the spread of harmful fake news and protect freedom of speech at the same time?

Following the phone mast attacks, "YouTube will reduce the amount of content spreading conspiracy theories about links between 5G technology and coronavirus that it recommends to users," reports The Guardian.

The video platform, which has more than 2 billion users worldwide, has said "it will actively remove videos that breach its policies but content that is simply conspiratorial about 5G mobile communications networks, without mentioning coronavirus, is still allowed on the site."

Facebook has also stated that it is "committed to fighting the spread of false news on Facebook and Instagram." And, as Bustle reported last month (March 20), WhatsApp is in talks with the NHS to set up a coronavirus chatbot. The chatbot will aim to give people access to up-to-date information about the virus” and “emoji-laden guidance” about how to stop the spread.

In the meantime, social media users can help shut down fake coronavirus news, by checking information against a trusted source and reporting false news stories when they them surface on social platforms.