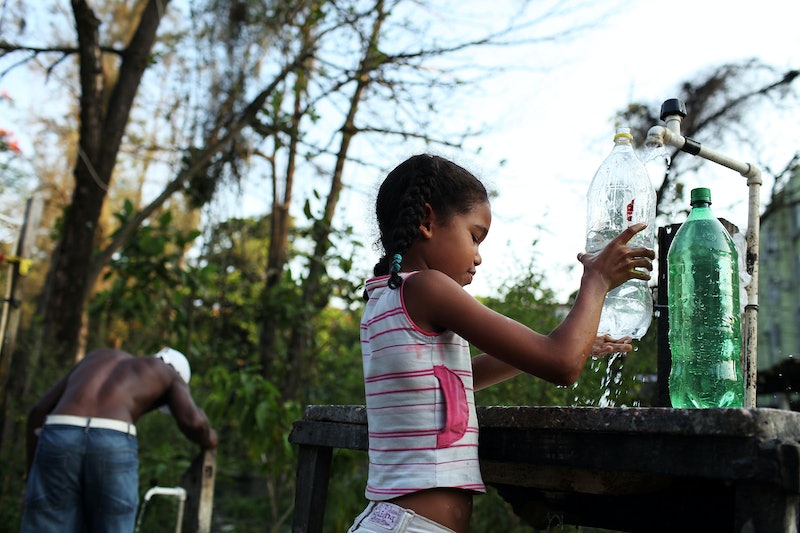 The Environmental Protection Agency may soon change how the government oversees water pollution. The head of the EPA, Scott Pruitt, announced on Wednesday a temporary suspension of the Clean Water Rule. The EPA will delay the water protection regulation for two years, with plans to eventually repeal it. During these two years, the Trump administration intends to replace the Obama-era environmental policy with a deregulatory rule of its own.

This move could affect the quality of water used for drinking, fishing, and wildlife habitat. Pruitt said in a public statement:

Today, EPA is taking action to reduce confusion and provide certainty to America’s farmers and ranchers. The 2015 WOTUS [Waters of the United States] rule developed by the Obama administration will not be applicable for the next two years, while we work through the process of providing long-term regulatory certainty across all 50 states about what waters are subject to federal regulation.

During the Obama presidency, the EPA, then led by Gina McCarthy, and the Army Corps of Engineers proposed the Clean Water Rule to clarify which waterways are — and are not — protected under the Clean Water Act, a 1972 law that establishes the basic structure for regulating water quality and enforcing pollution control. During the Nixon administration, Congress passed the Clean Water Act with the lofty goal of making all American waterways "fishable and swimmable" by 1983.

While the United States missed that target deadline, the law did serve its main purpose of cleaning up U.S. water and reducing abuses committed by some of the biggest water polluters. As environmental journalist Paul Greenberg wrote on Yale Environment 360:

Cleveland's Cuyahoga River no longer catches fire, as it did regularly, throughout the 1950s and 60s. A corporation can no longer spill oil into the sea and expect to escape without a fine. Indeed, the billions of dollars British Petroleum will undoubtedly have to pay in the coming years as a result of the 2010 Gulf Spill are made possible by the instruments of the Clean Water Act.

In 2015 the Obama administration tacked on the additional Clean Water Rule to protect the small streams, wetlands, and rivers that were not guaranteed protections under the Clean Water Act. But some industries, such as the agricultural sector, expressed concern about whether this policy update is a federal overreach that undermines private property rights.

Farmers and ranchers fear the Clean Water Rule could further restrict what agricultural activities they choose to do with their own land. Scientists at the Colorado Water Institute at Colorado State University summed up the farming and ranching community's concerns:

More generally, farmers and ranchers want to be able to make decisions about managing their land and water resources without ambiguity or time-consuming and expensive red tape. In spite of EPA assurances, they worry the Clean Water Rule could include agricultural ditches, canals and drainages in the definition of "tributary."

American Rivers, a river advocacy group, argues that "dirty, polluted water creates no economic value for communities or business owners" and that pollution runoff is a public health risk. An archive of the EPA website shows which populations get drinking water from streams.

Rescinding the rule could also endanger wildlife and wetlands that make up a crucial part of the ecosystem. "Revoking the Clean Water Rule will open the door to the pollution and bulldozing of some of America’s most important wetlands," Kierán Suckling, executive director at the Center for Biological Diversity, told Reuters.

The Trump administration has given itself two years to repeal and replace the Obama-era Clean Water Rule. It faces at least one potential lawsuit already as Colin O'Mara, president and CEO of the National Wildlife Federation, said he would challenge the EPA in court.