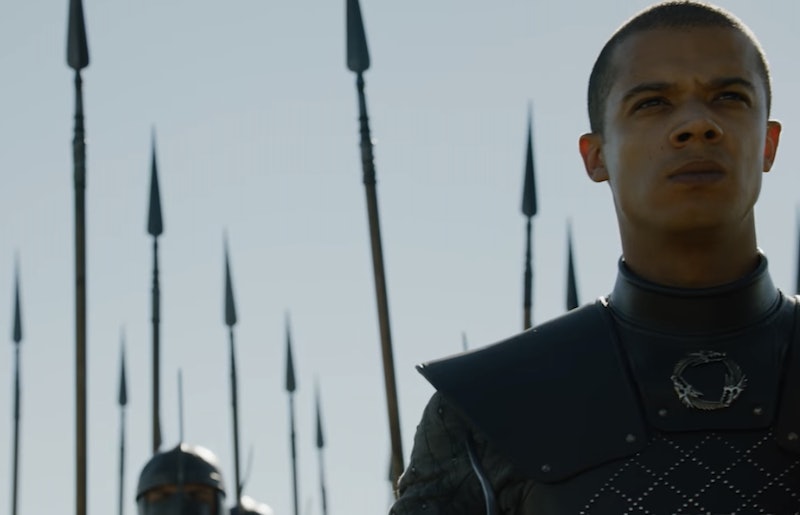 Drop what you're doing, because the Game of Thrones Season 7 trailer is here, and it gives us a lot to unpack. The most important of all the questions you might be asking is what the Great War is. We've been waiting for a battle between humanity and the White Walkers — a war for life itself — for a long while. If the series intends to follow George R.R. Martin's books, then the action should culminate in what is prophesied in the novels: "The War for the Dawn," which will be fought by humanity against the Others (the White Walkers), or according to some characters the Great Other (the god of coldness, darkness and death).

In chapter 36 of A Storm of Swords, Melisandre predicted: "Westeros must unite beneath her one true king, the prince that was promised, Lord of Dragonstone and chosen of R'hllor." The prophecy argues that the only way the world of the living can push back the Long Night is to unite behind one chosen leader — presumably, the trailer is offering us candidates for who this might be: Daenerys Targaryen, Jon Snow, or Cersei Lannister.

We're basically told this by Davos Seaworth, who says wisely "If we don't put aside our enmities and bound together, we will die — and then it won't matter whose skeleton sits on the Iron Throne."

If you're wondering who the "one true king" might be, logic might make you assume Daenerys; after all, what's more diametrically opposed to ice than fire? But, as it stands, it seems likely that Khaleesi won't be the sole chosen one. After all, two different Red Priestesses Melisandre and Kinvara didn't just name Daenerys as the R'hllor savior, but Jon, too.

Given the revelation during a flashback that Jon is related to Daenerys as the son of Lyanna Stark and Daenerys's brother, Rhaegar Targaryen (rather than, as formerly believed, Ned Stark's bastard), it seems increasingly likely that they will have to team up to defeat the Walkers.

Still, given the twists and turns the series is notorious for, realistically, anyone could be the "chosen of R'hllor." Looks like you'll just have to tune in to be sure.