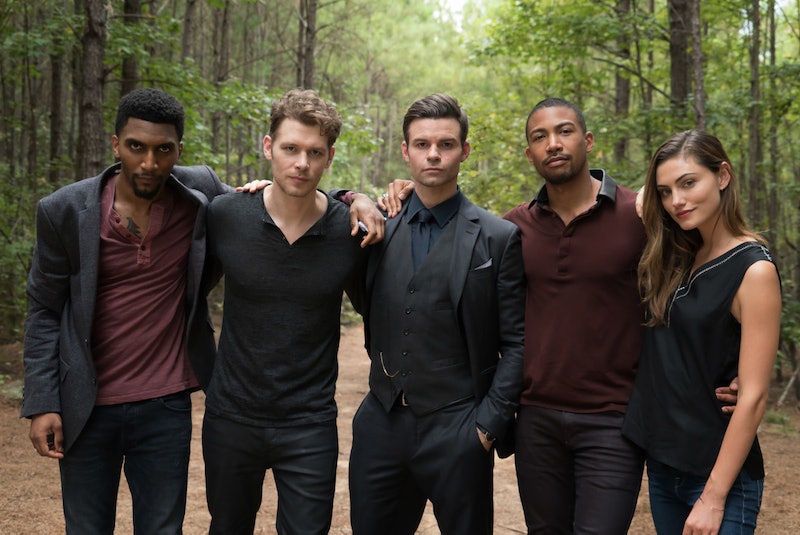 Remember how last week Vincent and Marcel thought they had saved all those kids from becoming human sacrifices to a mysterious evil? Well, in this week's episode of The Originals, "Keepers of the House," they learned just how wrong they were. After the kids were noted still missing (they were kidnapped by Detective Kinney), Vincent went to see Hope, who was still sick despite his saving of the other kids. When Vincent was there, Hope heard mysterious whispering voices saying one thing: The Hollow. So, what is the Hollow on The Originals? The dark spirit is coming for Hope and all of the Mikaelsons.

When Hope continued to get more ill from the spell, Hayley and Elijah reached out to Vincent and Marcel in the hopes that they could put their differences aside to help save the kids from the Hollow. The power of the Hollow has already ensnared a huge following of witches, wolves, and humans, like Detective Kinney, so they're already at a disadvantage. Sometimes the enemy of your enemy is your friend, and this is definitely one of those times. After Kinney drops off the kids with fellow disciples of the Hollow, he is apprehended by Vincent and Elijah. But the Hollow doesn't just have control over Kinney's mind, it also gave him powers. Kinney escapes after trying to shoot Vincent and using magic to incapacitate them.

With some help from Klaus, Hayley, and Marcel, Vincent and Elijah are able to track Kinney and stop the child sacrifice from happening, thus saving Hope's life. But, stopping the sacrifice and stopping the Hollow are two very different things. Vincent described the Hollow to Elijah as something that can take a hold of you and feed off your worst instincts, your inner darkness. And, in their attempts to save Hope, Marcel and Klaus might have put themselves in its clutches.