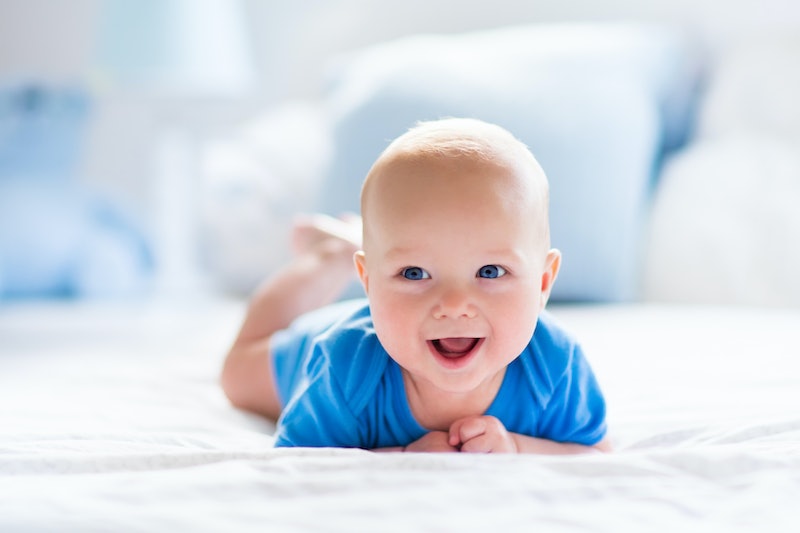 Finding out you share a birthday with someone can be a fun realization. It essentially means that you were conceived on or around the same time which makes for some cosmic kismet connection. But sharing a birthday with a holiday is a lot less exciting. As someone born a few days after New Years Day, with a friend born on the Fourth of July, Halloween, and Thanksgiving, I can tell you that it feels like anything but luck. It feels like you're constantly competing with the holiday, and that all the people at your birthday party would rather be doing something else. And according to studies, it's actually quite rare to be born on a national bank holiday. Among the least popular dates to be born of the year, are all of those holidays — and that coincides with the least common birth month, as well.

Why? It's simple: doctors don't schedule elective cesareans or induced labors on major holidays. But of course it happens, because while you can help to guide a birth towards a certain date, mother nature can step in at anytime and say "sorry doc, you'll have to skip the Christmas party this year," and that's that. According to a Harvard University study that collected data from 1973 to 1999, September was the most common birth month, meaning that the holidays have been making us feel pretty saucy for decades. Also meaning that December is the least common birth month, with January and February sharing a similarly low birth rate. But what does that tell us?

Well for one, March, April and May are the least popular months to get it on, according to this study. Because while the most common time for people to conceive is Christmas, the least desirable time to give birth is Christmas. Considering the fact that we're in the thick of holiday festivities right now, it's pretty easy to see why people are likely to get it on, isn't it? Your weeks are filled with holiday parties, you're dressing up, you're feeling jolly, you're drinking and celebrating and surrounded by family and friends. There's champagne, there's mistletoe, there are gifts and gratitude — so it actually makes perfect sense that mid-September is the most popular birth month.

If you're into astrology, you might also realize that you don't have many Sagittarius or Aquarius friends, and that's because they're the least populated zodiac signs. The most populated signs are Virgo, because Christmas, and Scorpio.

But when you consider the lower birth rates in December and the two following months, what's wrong with March, April, and May? Aren't people enjoying the thawing temperatures and feeling excited about the summer and optimistic about the flowers enough to get it on? One theory is that now more than ever, people are taking steps to plan their pregnancies. With the help of apps and advanced ovulation trackers, there's a lot less guessing that goes on. So if don't want to have a baby smack dab in the middle of the holiday season, you're probably going to slow down your efforts to conceive during those early spring months. Not to mention, not much goes on during those months in terms of universal festivities. Earth Day likely won't get you in the mood the same way a New Years Eve party will.

As someone who has fallen victim to a holiday adjacent birthday, I can say with confidence that if I have a choice, I'll try to add to that September birthday statistic. Besides — studies show that September babies tend to be extremely motivated, get good grades in school, are most likely to continue their education and do well socially. (Also mom, if you're reading this, no you cannot give me a two-in-one holiday and birthday gift this year.)