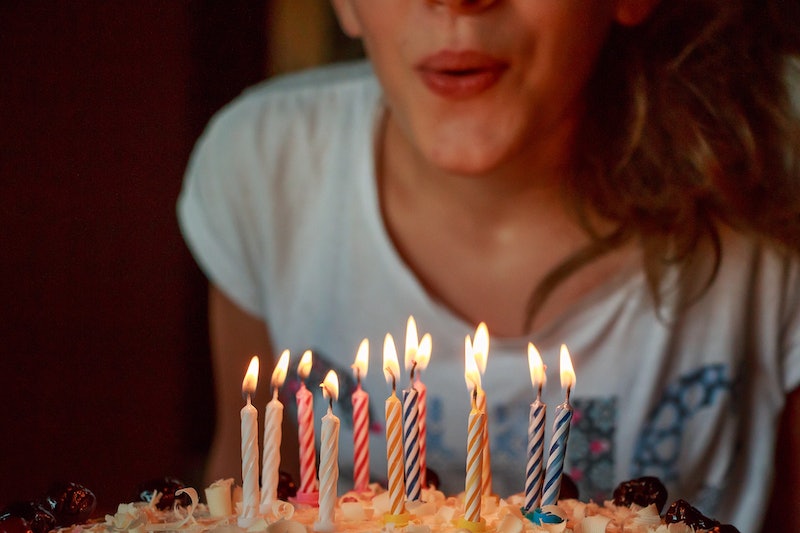 Fellow Virgos, I come bearing some unfortunate news: we are ... aggressively average. According to data compiled in 2016 by the website FiveThirtyEight, September is the most common birth month in the United States, with nine out of the ten most popular birthdays dates happening in September. Is it caused by some secret Virgo-Libra conspiracy to make all babies be born under the most balanced, practical star signs? I’m not at liberty to discuss that.

However, simple math and science tell us that there is a pretty logical explanation for why more babies are born in September: people are having more sex around the holidays.

(I’m sorry, did you think this article about birthdays wasn’t going to mention conception? Oh, strap in, my friend. This is going to be pretty much all about when you were conceived.)

Matt Stiles at the Daily Viz turned FiveThirtyEight’s data into this color-coded visualization of birthday popularity, denoting the most common birthday dates in a dark purple and the least common birthdays in a very pale pink. You can see how common your birthday is by hovering your mouse on the day you were born. It shows you the average number of births that happen on that day, where that date ranks in popularity compared to the other 365 days of the year (the data accounts for February 29’s Leap Day), and the estimated date of conception using the average gestation period of 38 weeks.

(Barring, of course, adoption and surrogate pregnancies, which have hit the national forefront in a new way ever since Kim Kardashian and Kanye West announced they were expecting their third child via surrogacy.)

As Stiles suggests, the fact that so many holidays fall so low on the chart likely has something to due with parents scheduling births around the holiday season. (I am in support that choice wholeheartedly. You’re going to move your baby’s delivery date to accommodate your mashed potato eating needs? Respect.)

While surprisingly not quite as uncommon as a Christmas birthday or a New Year’s Day birthday, Leap Day birthdays are among the last common birthday dates. As FiveThirtyEight has previously reported, Leap Day babies are less common that you’d expect, even when you account for the fact that February 29 only comes around every four years. By that math, you’d assume there to be about a quarter as many leap day babies as there are babies born on any other day of the year. However, there are actually 7 percent fewer births than that estimation would lead you to believe. As Carl Bialik writes for FiveThirtyEight, this is primarily because there are far fewer cesarean deliveries on February 29. “Who wants a birthday that comes every four years?” Neel Shah, assistant professor of obstetrics and gynecology at Harvard Medical School, said to Bialik in a phone interview.

While finding patterns in the birthday data is fun, as Stiles states, there is relatively little statistical difference between your birthday and the most common birthday (September 9). Regardless of how common your birthday is, the important thing to remember about the day you were born is this: it was about nine months after some people ~did it~.