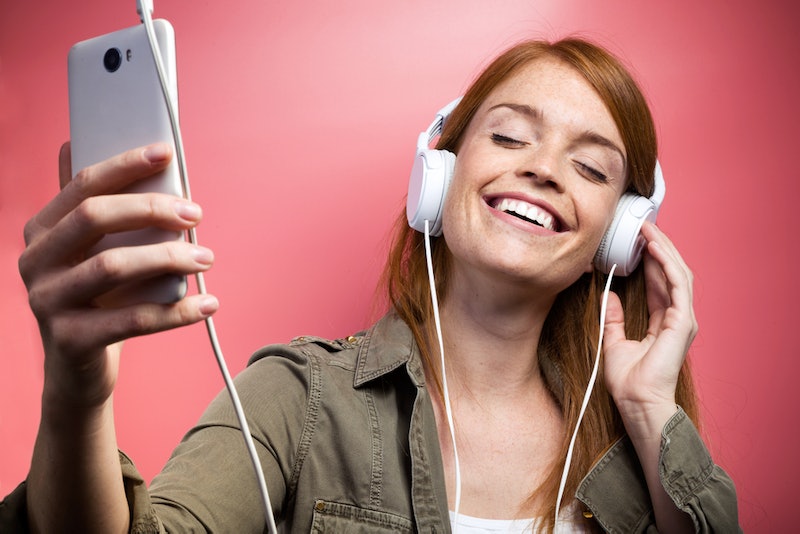 Streaming services are currently dominating the music landscape. Millions of music-lovers around the world enjoy their favourite bangers on popular streaming outlets including Spotify, Apple Music, and more. The impact of streaming has also made its way into our official charts, but what is the most streamed song of all time?

Well, according to Forbes, the most streamed track of all time is actually "Bohemian Rhapsody" by the iconic British band, Queen. The instantly recognisable track, the name of which inspired the recent Freddie Mercury biopic, was featured on the band's 1975 album A Night At The Opera — and 40 years after it's initial release has gone on to amount over 1.6 billion streams on all major platforms around the world. In addition to this remarkable achievement, Universal Music Group (UMG) also announced that "Bohemian Rhapsody" also holds the title of the most-streamed Classic Rock song of all time. In addition to conquering the modern world of streaming, the legendary rock group also boast a more than impressive number of physical and digital album sales, the total of which currently stands at over 300 million album sales worldwide.

After hearing about the good news, legendary Queen guitarist Brian May said "So the river of rock music has metamorphosed into streams. Very happy that our music is still flowing to the max." And Lucian Grainge, the CEO of Queen’s label, Universal Music Group, added that it is an "incredible achievement that is a testament to the enduring brilliance of Queen," reports the Guardian.

As previously reported, the band's signature hit inspired the title of Bohemian Rhapsody, the 2018 film which tells the story of lead singer Mercury's rise to stardom. Shortly after the cinematic release, the accompanying soundtrack rose up the charts, which presumably helped boost streaming numbers of the classic song.

Just five weeks after the cinematic release, Bohemian Rhapsody has gone on to become the highest grossing music biopic in history, earning a mammoth $596.6 million at the box office worldwide. And the official music video for the song is also considered to be pretty groundbreaking, as it is known to be the first promotional music video ever, according to Forbes.

Other notable tracks also featured on the list of the most streamed songs of all time include the 1991 rock anthem "Smells Like Teen Spirit" by Nirvana, "Sweet Child O’ Mine" and "November Rain" by Guns N’ Roses, and completing the top five is A-ha's "Take on Me," according to the Guardian. Another major artist to celebrate a streaming milestone is Ed Sheeran, whose 2017 hit single "Shape of You" has become the most streamed song on Spotify alone. The 27 year-old took to Instagram to acknowledge the milestone, with a snap of a blue background accompanied by caption that simply read "thank you world."

Although the current UK singles, albums and streaming charts are usually dominated by modern artists, it's refreshing to see true British classics be recognised and appreciated by younger audiences. Long live Queen.