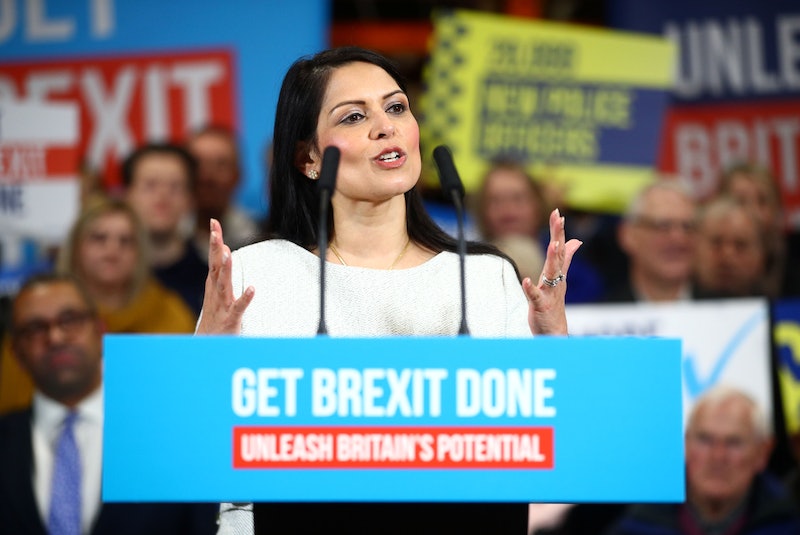 History being made through Black Lives Matter protests around the world, alongside the COVID-19 pandemic are - quite rightly – top news priorities at the moment. What you might have missed, however, is that the Conservatives still have their eyes narrowly focused on Brexit, and are currently running an immigration bill survey.

The new, largely under-the-radar, immigration bill survey states: “We’re ending freedom of movement – giving the UK full control of our immigration system for the first time in decades, and delivering on your vote.” Meaning that there would be border restrictions for EU citizens in light of Brexit. It continues: “And so people can come and live, work, and start a family here, based on their skills. Not based on where they’re from.”

But, it seems the survey may have been shared with only a select group of Conservative members, who, as NME points out, "will most likely support it, thus skewing the overall date to make it look like the immigration bill has overwhelmingly positive support."

One of the survey questions asks, “Do you support a skills-led points-based immigration system?”, which is something the Tories previously raised in February. Home Secretary Priti Patel told BBC Breakfast, the government wanted to “reduce the levels of people coming to the UK with low skills". In the points system, low skills would mean people who earn less than £25,600, which would include some nurses, supermarket workers, and carers – all of whom have proven to be essential frontline workers during the pandemic. Surely, therefore, it's essential that they qualify for visas?

The four-question, multiple-choice survey requires your full name and email address, which has raised skepticism. Some believe it could be a marketing ploy or a way to collect data.

Former social media manager for the Labour Party, Chloe Green tweeted: “This is a marketing tactic from the Tories, it’s not a genuine poll to gather public opinion. Note how the questions are leading: they deliver a comms message. Note how the email field is mandatory: it’s an email list growth activity.” Green continued in the following tweet: “How do I know this? Because I used to do the *exact* same thing for Labour.”

For those who still feel compelled to fill it in, just in case it helps influence the outcome, commenters in Bowman's Twitter feed suggest pseudonyms.

More like this
This Is When Netflix Is Going To Start Charging You For Sharing Passwords
By Darshita Goyal
Here’s Where The NHS Nurses’ Strike Currently Stands
By Sophie McEvoy
Gen Z Are Twice As Likely To Identify As Queer, According To New Data
By Sam Ramsden
'Brookside' Is Coming Back & Soap Opera Fans Are Going Wild
By Sam Ramsden
Get The Very Best Of Bustle/UK
Sign up for Bustle UK's twice-weekly newsletter, featuring the latest must-watch TV, moving personal stories, and expert advice on the hottest viral buys.