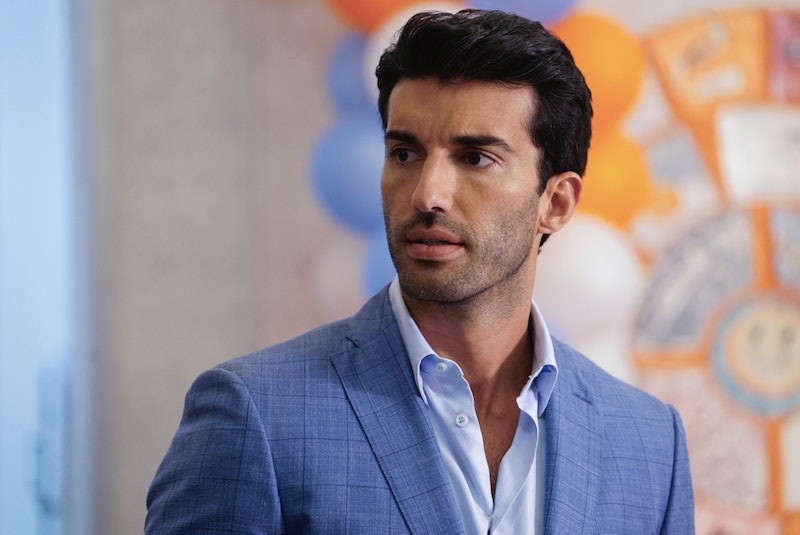 Spoilers ahead for Jane the Virgin Season 5, Episode 5. Jane's 30th birthday bash didn't go quite as expected on Jane the Virgin, but viewers know our heroine will land on her feet. But the same can't be said about her former boyfriend since Rafael might be sick again on Jane the Virgin. In "Chapter 86," he takes a pill after Jane confesses she does want to explore her feelings for Michael. And while, as the Narrator hinted at, this could be some sort of recreational drug that Rafael is taking to cope with his sadness, there's also the potential that Raf might have a serious medical issue.

Rafael starts the April 24 episode angry at Jane and not being a good co-parent with her. But after Mateo continuously acts out, Rafael gets back to his more usual self. He explains to Mateo that he still needs to respect his mom and tells him, "We're just figuring out the way we love each other." This leads Raf to soften when he reads his love-filled birthday card to her and he asks Jane to come over. Unfortunately, those warm fuzzy feelings toward Jane don't last long since Jane admits she does need to pursue her feelings for Michael and knows it's unfair to ask Raf to hang around while she does so.

Of course, it's the Jane the Virgin narrator's job to leave these type of episode-ending cliffhangers as mysterious as possible. But it wouldn't be totally uncharacteristic for Rafael to seek solace in alcohol and drugs. While he was a married man when Jane the Virgin started, he had been quite a playboy before that and Jane found lots of dirt on the internet about his former partying days. He confessed to Jane in "Chapter 2" that a "fear of failure" was what led him to be "lost" and party so much. When he became diagnosed with cancer, Rafael said Luisa helped him to see how he needed to change his life.

So Rafael isn't a stranger to using drugs and alcohol. But his character has evolved a lot since those early days and so that pill might be about his cancer instead. Right now, Raf wouldn't be inclined to tell Jane if he were having any health concerns. And it doesn't seem likely that he would be using drugs with Mateo living with him alone. So perhaps this pill has to do with his previous health issues and Rafael has cancer again.

As has been brought up on the show before, Rafael does get annual screenings to check that the cancer hasn't returned. And considering that Jane the Virgin has been following another cancer storyline with Xo's breast cancer, it would be particularly harsh of the show to make Raf sick again. But clearly something is up with that pill and as he told Jane all those years ago, "When I got sick, I just went to this really dark place." So, as he's already in a dark place about Michael's return, this could be a sign of even more upsetting things to come.